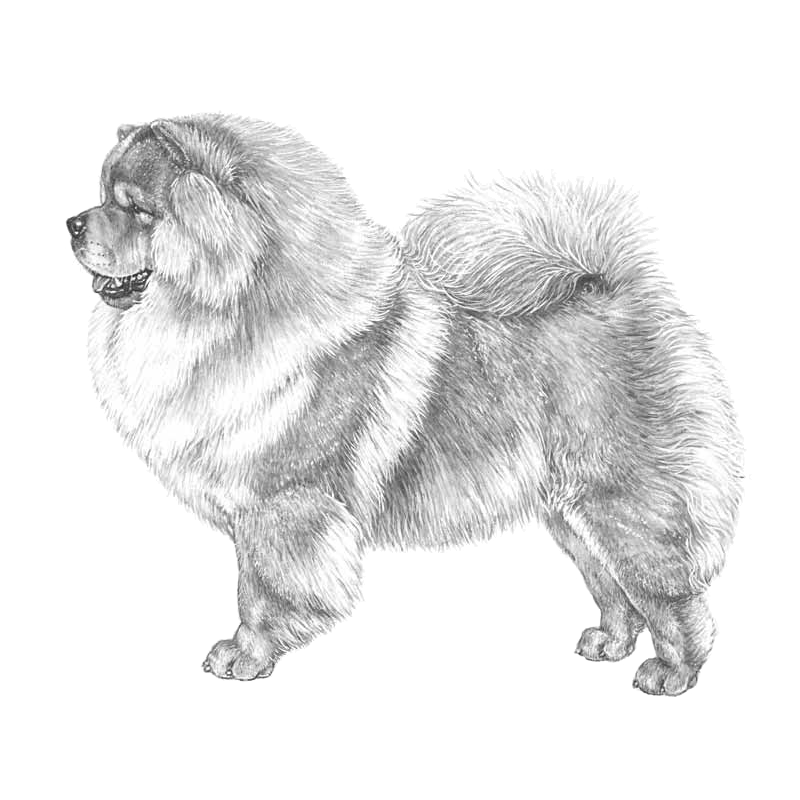 The Chow Chow (sometimes simply Chow) is a dog breed originally from northern China,] where it is referred to as Songshi Quan (Pinyin: sōngshī quǎn 鬆獅犬), which means "puffy-lion dog".

Below is an excerpt from the English translation of the Swedish RAS. The Fertility Survey is referenced.

"Fertility
There are many opinions about the fertility of the chow. It is not possible to prove that it is a season-related problem, that the chow chow on account of its relationship with the primeval dog would produce more puppies in the spring as opposed to in the fall. Further, it is not possible to establish why some bitches failed to conceive and some males do not want to mate. The demand for chow chows is quite high in relation to the amount of puppies available. Most puppies are sold as companion dogs. Around 50% of the mated bitches result in puppies.

The survey shows that the problems manifest themselves as many and there is no isolated factor, which may be easily identified and acted upon. Some bitches show disturbances in their heat periods and surely a lack of ovulation. To avoid problems with large deviations from the normal heat periods to spread within the breed, bitches with problems should be excluded from breeding. It may be suspected that there is a genetic disposition for this type of deviations. If the bitches are noted to be so valuable that breeding can be motivated, it is extremely important to choose males from functioning lines. Preferences (the bitch wants to choose the partner herself) seem to be common in chow chow, which is a normal and primitive behavior, but affects the possibilities of making the bitch in whelp.