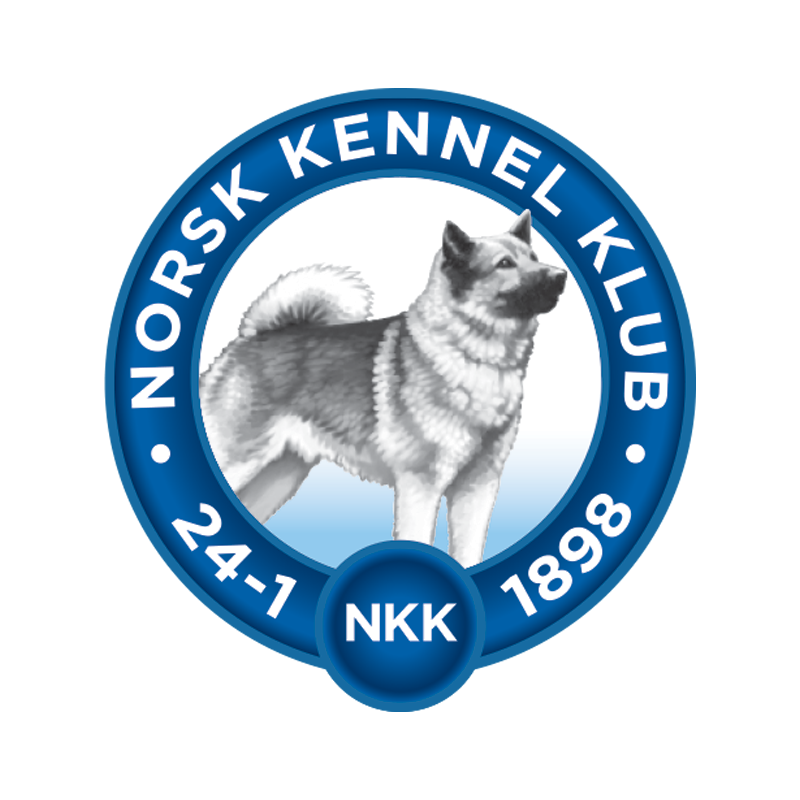 Many thanks to Kim Belamy from the NKK for sharing this information with DWN!

The Norwegian Lundehund is a Norwegian native breed with a number of distinctive characteristics. Examples of distinctive traits are six toes on both front- and back legs, as well as unusual flexibility that allows the dogs to climb in harsh terrains. Originally, these dogs were used to hunt puffins, and The Norwegian Lundehund is the only breed known to retrieve live birds. The birds were harvested for their meat and down. Puffin hunting dates back 400 years and was important along the coast of northern parts of Norway. 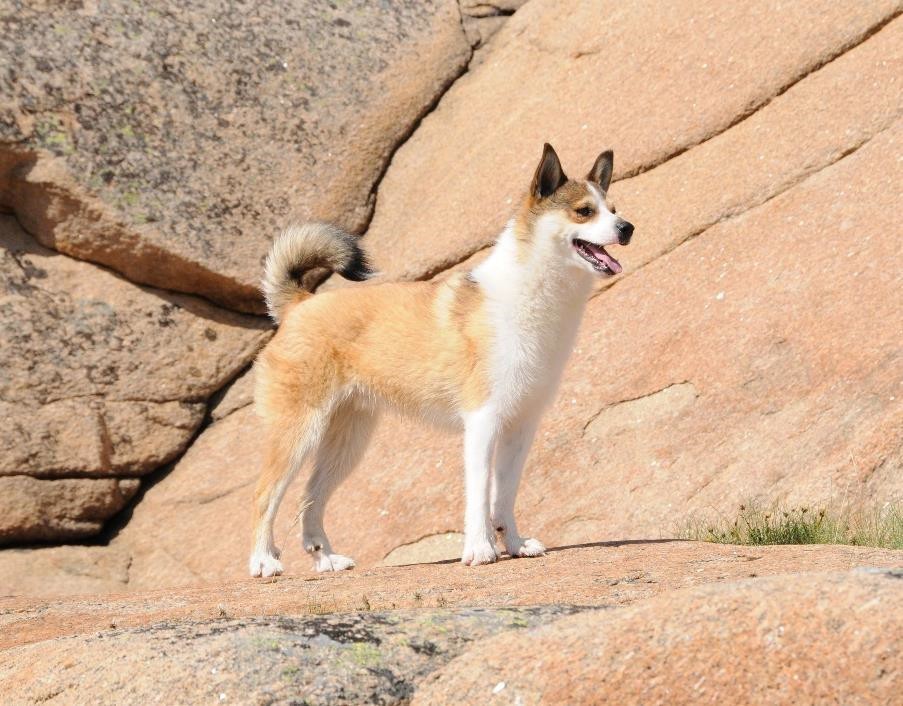 The breed has suffered from several genetic bottlenecks, partly due to detrimental outbreaks of canine distemper virus. All current Norwegian Lundehunds originate from four individuals, who were also related to each other. Effects of limited genetic variance are prevalent in the breed. Small litter sizes and problems with reproduction occur frequently, with approximately 20% of litters producing only one puppy.

The breed has few health problems and has an average life span of 9 years and 3 months. However, Norwegian Lundehunds are predisposed to intestinal lymphangiectasia (IL) and about 30% of the dogs die from the disease. IL is a gastrointestinal disease with symptoms like diarrhoea and vomiting, as well as  heart failure with accumulating fluid in the abdomen and heart and lethargy. The typical age of onset is 4-5 years, but the disease may occur at any age. To some degree, it is possible to manage the disease with correct diet and medication and the disease is not always lethal. It is still considered a major welfare issue in the breed. There is reason to believe that the disease is hereditary, but no associated or causative gene has been detected. It is likely that the disease is polygenetic. The extremely low genetic diversity makes it almost impossible to breed away from the disease. 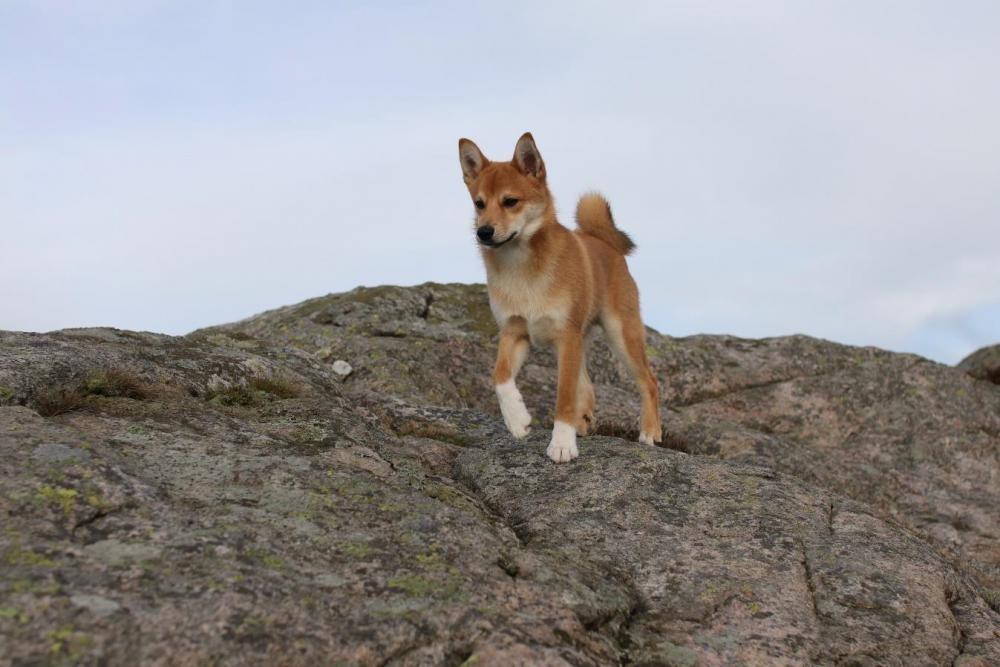 The Norwegian Lundehund crosses will be registered in a separate register and will only be included in the general Lundehund population after several generations and thorough evaluation. Based on advice from NordGen and The Norwegian Genetic Resource Centre three breeds were selected as good candidates for crosses; the Norwegian Buhund, the Islandic Sheepdog and the Norrbottenspitz. Geographic origin as well as morphology indicates that these breeds and Norwegian Lundehunds are to some degree related. One might argue that we are in fact reintroducing lost genetic variance, as opposed to introducing new breeds.

The plan is to mate two unrelated females from each of the three breeds to male Norwegian Lundehunds. The reason for using females from the other breeds is multifactorial. First, the other breeds are all larger than The Norwegian Lundehund and there are concerns that it will be hard for the small Lundehund female to carry and whelp a potentially large litter of large puppies. In addition, the use of larger females might contribute to larger litter sizes, which would provide more puppies for the program. Lastly, it is important to keep as many Lundehund females in the traditional Lundehund breeding program as possible. 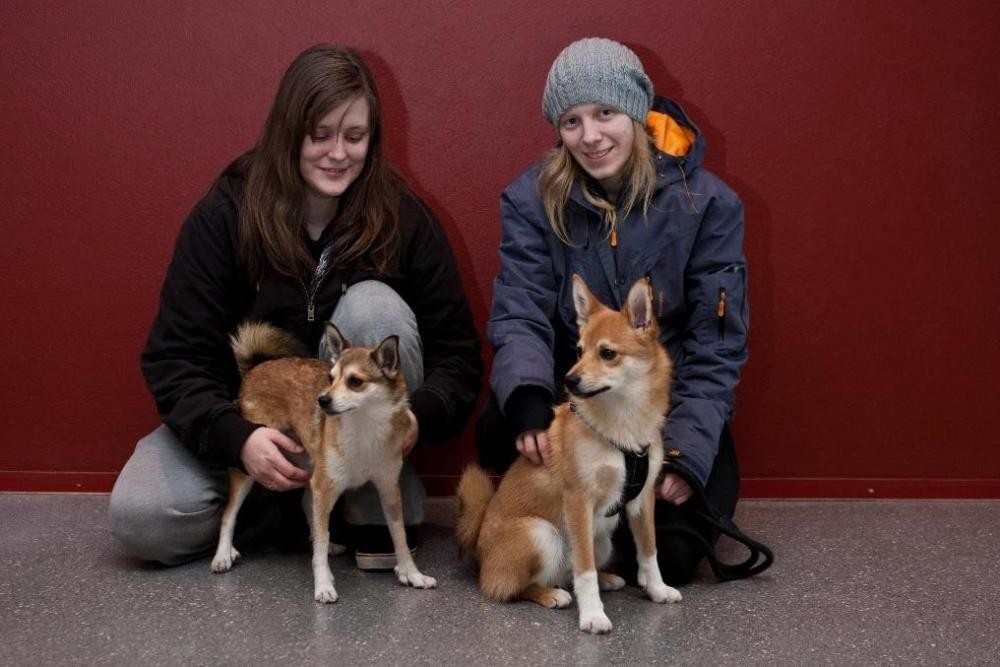 Females from the three other breeds should:

The outcross puppies are thoroughly evaluated based on health, temperament and conformation. As many dogs as possible from the first generation (F1) will be bred, and only dogs that fail to meet health requirements will be excluded from the breeding program at this point.

Healthy F1-dogs are later bred to Norwegian Lundehunds to create F2. Selection of F2 dogs for breeding will be based not only on health, but also on breed characteristic traits like temperament and conformation. Continuous genetic analyses may be carried out to make sure genetic variance is not lost through this selection process.

The first litter of the project was born on the 12th of August 2014, between a Buhund female named Tyri and a Norwegian Lundehund male named Casper (Ulfrigga Lundes Qavi). The litter consisted of four females and two males. All the outcross puppies live in regular families.

The first puppies are now almost a year old and are doing well. The owners report that the dogs display characteristics from both breeds, and are very robust and energetic. The dogs are larger than most Norwegian Lundehunds and smaller than most Buhunds, as expected. All of them have extra toes on their back legs, but only one of the puppies have extra toes on her front legs. 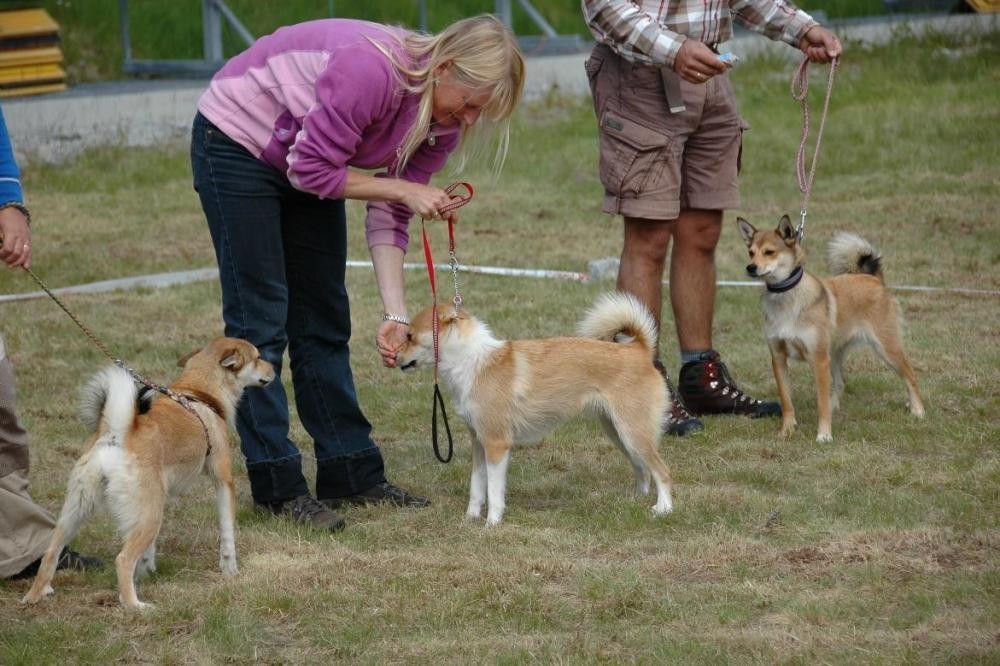 At The Norwegian Lundehund Clubs annual gathering and show this July, the first outcross puppies were presented and evaluated.

Several other combinations for outcross matings have recently been approved. 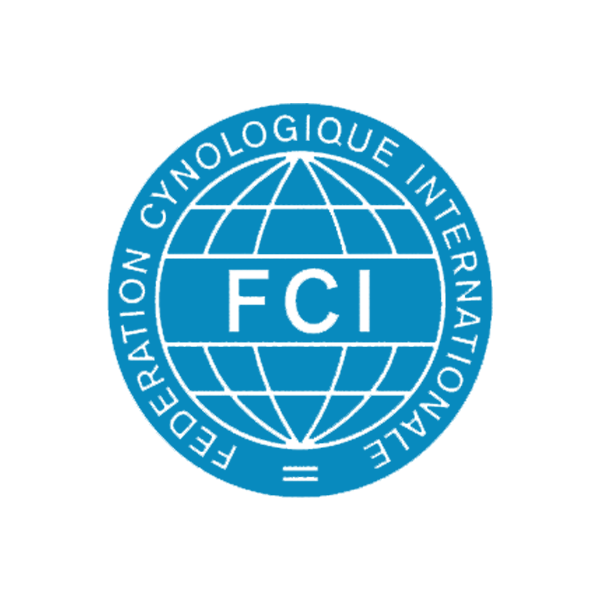