The Board of the IPFD is comprised of individuals with respected international reputations, who represent a broad array of stakeholders in dog health, well-being and welfare and who comprise a range of backgrounds and abilities that are needed by this growing organization. They sit on the Board, not as representatives of their home organizations, per se, but as individuals with commitment to the mission, vision and goals of the IPFD.

Brief CVs for the current members of the IPFD Board are listed below. 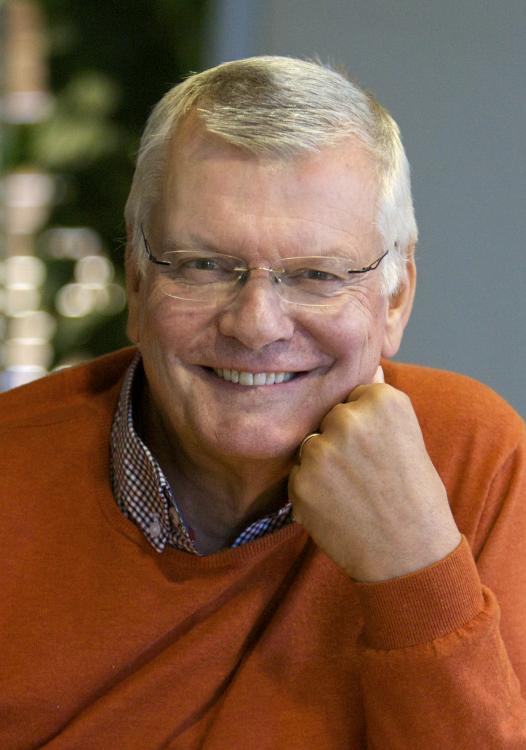 Veterinarian 1975, DVM, DR. h.c. (Honorary Doctorate Swedish University of Agricultural Sciences) 2013. Clinician/lecturer at the faculty of veterinary medicine, SLU, 1976 – 1996. Working at Agria Animal Insurance since 1996 and ongoing where he has had various roles including Veterinary Manager, Marketing Manager, Managing Director of Agria Pet Insurance, in the UK.

In addition, he is the chief Kennel Club spokesperson, and as such represents the KC both in the media and on internal and external committees and groups, including in Parliament. He is an IEMA approved Lead Auditor and formulated the process for assessing breeders’ premises on behalf of the Kennel Club Assured Breeder Scheme – the Kennel Club is the only body worldwide currently able to provide UKAS certification to dog breeders.

His previous career involved providing customer service where he has a long history in raising and applying accreditation standards as well as being involved in the specialised IT and print industries, where he ran a successful printing business for a number of years as well as being employed in the advertising industry, where he was responsible for the delivery of the world’s largest newspaper advertising campaign.

Dave Eikelberg lives in Knoxville, Tennessee in the USA and has been married 38 years to his wife Kennetha. They have one son (an attorney in Boston, Massachusetts), and Dave and Kennetha are expecting their first grandchild in January of 2020.

Dave grew up on an apple orchard in Indiana and learned the value of hard work. He later joined the United States Navy as a propulsion engineer and served in the Pacific and Atlantic fleets earning commendations and an honorable discharge. From the Navy, Dave went directly into industry refueling commercial nuclear power plants and eventually went on to work at the Department of Energy as a nuclear safety analyst, where he currently works.

Throughout all those years, Dave and Kennetha enjoyed raising and breeding dogs of many types including Maltese, Boxer, Bull Dog, Afghan Hounds, and currently, they breed Black Russian Terriers. Their four Black Russian Terriers, Zeus, Enya, Hunter, and Saphira keep them busy and passionate about responsible breeding, health testing advocacy, and the future health of canines throughout the world. His work with the Black Russian Terrier Club is an example of his dedication to canines of all types as he is developing a health research program in cooperation with various U.S. institutional research organizations to benefit the BRT.

Dave looks forward to bringing his business, financial, and practical dog breeding and rearing experience to the IPFD and helping to further the position of the IPFD as the global leader in canine advocacy.

Currently:
President of the German Kennel Club (VDH) since 2009
Professor for Psychology and Criminology

Dr. Marty Greer received her Bachelor of Science in 1978, her DVM in 1981 from Iowa State University, and her JD in 2010 from Marquette Law School.

Dr. Greer and her husband, Dr. Dan Griffiths, own Veterinary Village and International Canine Semen Bank WI-IL. She has a special interest in Pediatrics, Small Animal Reproduction and behavior. They have 2 married grown children, Katy (Tim Anderson) and Karl (Kelly) and one grandson, Jorin. In addition, they raise and show Pembroke Welsh Corgis, Danish-Swedish Farmdogs (and Bengal cats in the past). Her family has raised six puppies for Canine Companions for Independence, a bona fide service dog program that trains all varieties of assistance dogs except those for visually impaired handlers. She is Director of Veterinary Services at Revival Animal Health, a catalog company. Dr. Greer practices law part-time with her law partner, Sheila Kessler, at Animal Legal Resources, LLC. Her passion is to educate clients and keep puppies and kittens healthy.

Dr. Greer's work on education and outreach extends to a wide range of breeders, e.g. through her work with AKC on the Bred by Heart program, as well as commercial breeders on topics of theriogenology, breeding standards, and kennel management.

She is a serious foodie, loves beer, cooking, knitting, and photography. Dr. Greer has recently published the book: Canine Reproduction and Neonatology – for Veterinarians, Veterinary Staff, and Breeders.

Education and Profession: Veterinarian, graduated in 2000 at the Justus-Liebig-University, Giessen. Worked for Royal Canin since being a student, then in the department for training and development as well as in the private label department at Fressnapf / MaxiZoo for seven years. Since 2013 and ongoing employed at Bewital petfood.

Co-Breeder of "Koseilata’s"-Whippets from 2003 – 2018. Doing temperament tests for breeding licenses in many different breeds for the VDH and the DWZRV since 2012.

Currently:
R & D, training and development, Bewital petfood, Germany
Head of the Breeding Board of the German Sighthound Association (DWZRV)
Liaison for IPFD at the German Kennel Club (VDH)

Officers (Ex-officio on the Board)

Formerly tenured faculty at the Ontario Veterinary College, Brenda is a veterinarian and Consulting Epidemiologist. Her research and projects in Europe and North America include, e.g., development of national and international programs with kennel clubs; extensive work with / publications on animal insurance data; human-animal interactions, numerous pet welfare initiatives spanning the National Council on Pet Overpopulation (1993) and, e.g., for the American Humane Association: Cat Welfare Forum (Sept. 2013) and Keeping Pets (Dogs and Cats) in Homes: A Three-Phase Retention Study. As Lead Scientist at Morris Animal Foundation (2010) she assisted in development of the (now titled) Golden Retriever Lifetime Study.

Brenda is a frequent speaker on topics of animal health, welfare and human animal interactions at scientific meetings (e.g. Waltham-WSAVA Welfare symposium at the North American Veterinary Conference, 2013); plenary at Association of International Human Animal Interactions Organizations, Stockholm 2010, as well as to many stakeholders in the dog world, i.e., breed and kennel clubs, judges and veterinarians. Since the autumn of 2011 Brenda has spearheaded the work which has resulted in the creation of the IPFD and DogWellNet.com. 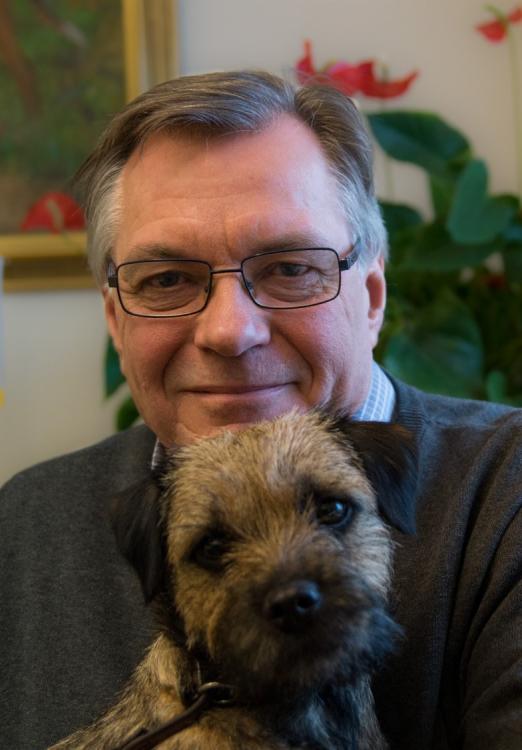 CEO of Svenska Kennelklubben (SKK) since 1984. Before that he was employed at EY (firm of accounts) after studying economics at the Stockholm University. Ulf has been the SKK representative in a number of governmental investigations regarding animal issues e.g. animal protection, disease control and import of pets. Representing the Federation Cynologique Internationale (FCI) in various international working groups e.g.: the development of an ISO-standard for chips for pets, FCI Task Force 2010 producing an operational plan for a modernization of FCIs activities.