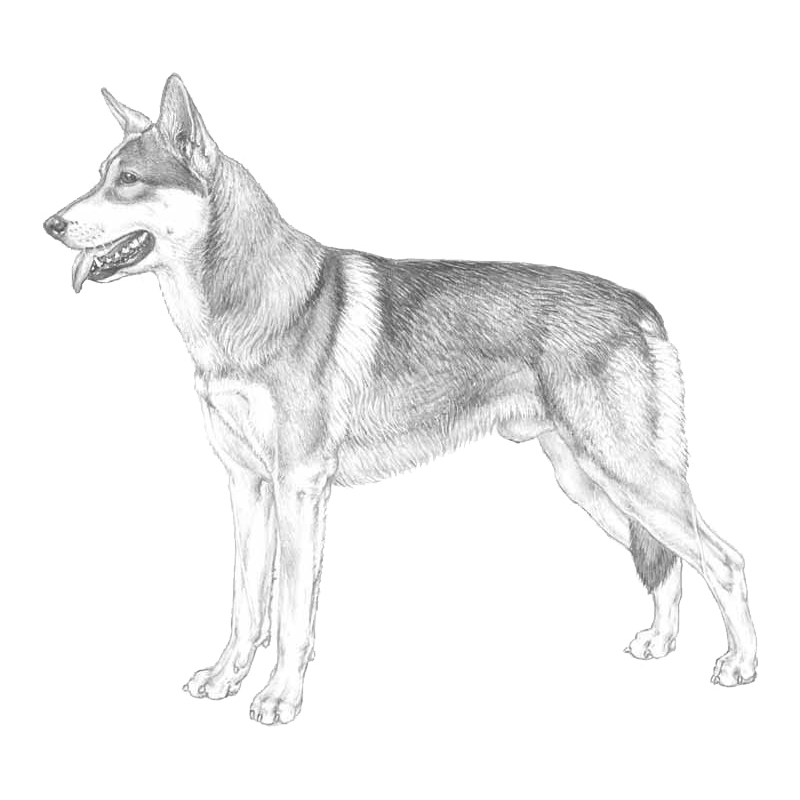 The Saarlooswolfhond was developed in the Netherlands by Leendert Saarloos. The breed is based on cross breeding German Shepherd Dogs and wolves.
In 1975, the breed was recognized by the Dutch KC, and in 1977 by the FCI. The breed standard dates from November 1981 and was modified in 1993.
Considered a rare breed, the Saarlooswolfhond is a strongly built dog whose outer appearance (body build, movement and coat) are reminiscent of a wolf. The breed is devoted and reliable with its master but suspicious of strangers. A natural, wolf-like reserve and desire to flee from unknown situations is typical of this breed.


Links to Breed Descriptions
Other Names for Breed

The Saarlooswolfhond is not recognized by The American Kennel Club or  The Kennel Club, UK

NL: AVLS: Genetic Diversity Project (approved in May of 2012)

Introduction to the Saarloos Wolfdog

Wolfdog radio is proud to present to our audience, Gerrie Pols and Julie Miyax Bradshaw.  Tonight on Wolfdog Radio, we are speaking with Gerrie Pols, the chairperson of the AVLS Dutch Breed Club of Saarloos Wolfdogs.and with Julie Miyax Bradshaw, the founder and chair of the SWDC (Saarloos Wolfdog Club UK) from their homes, to bring us into the light about the history and heritage of the Sarloos Wolfdog. Join us for this fascinating look at one of the possible futures for wolfdogs!