The Breed-Specific Instructions Initiative for Judges

A general reflection is that the increasing and necessary focus on health and soundness in purebred dogs contains an increasing demand for advanced knowledge about excellent breed type in judges. Show judges are expected to preserve breed type of the purebred dogs – not only the health and life of the dogs with pedigrees. 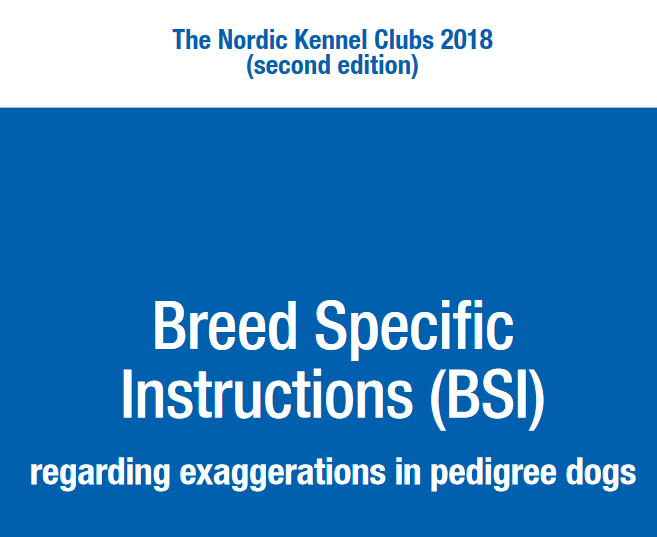 Also: see our Downloads section for more information on the BSI... posted ... with permission from
Dr Göran Bodegård
MD PhD Chairman of the BSI group of the Swedish Kennel Club, Stockholm, Sweden

Historical Background
In Sweden an initiative was taken by the Swedish Kennel Club in order to prevent the destructive influence of extreme typed dogs on the breeding of pedigree dogs:


The BSI routine is integrated in the Swedish show system and will be continuously updated regarding the breeds listed and the areas of risk being focused on. This is done on the basis of the 1 – 5 pillars described above where there are dynamic changes in number 2 (cooperation with the clubs), 3 (updating of the Breed Profiles) and 5 (the continuously increasing amount of judges evaluations - around 4000 from 2009 and 2010).


The BSI-committee of the Swedish Kennel Club has the responsibility for the continuous follow up of the project and its implementation; the list will be revised again at the General Judges Conference in November 2012 when the number and selections of breeds will be adjusted.


The intention of the BSI-project is to raise judges’ awareness of health and soundness matters in general and the risks of exaggerating type characteristics in particular.