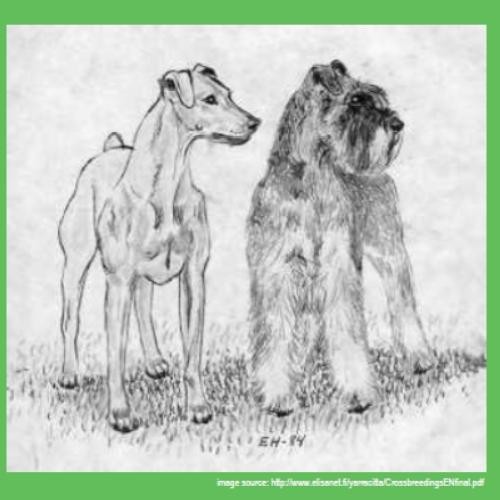 This article contains an overview of the German Pinscher X Schnauzer crossbreeding project which was initially approved by the Finnish Kennel Club in 1996. 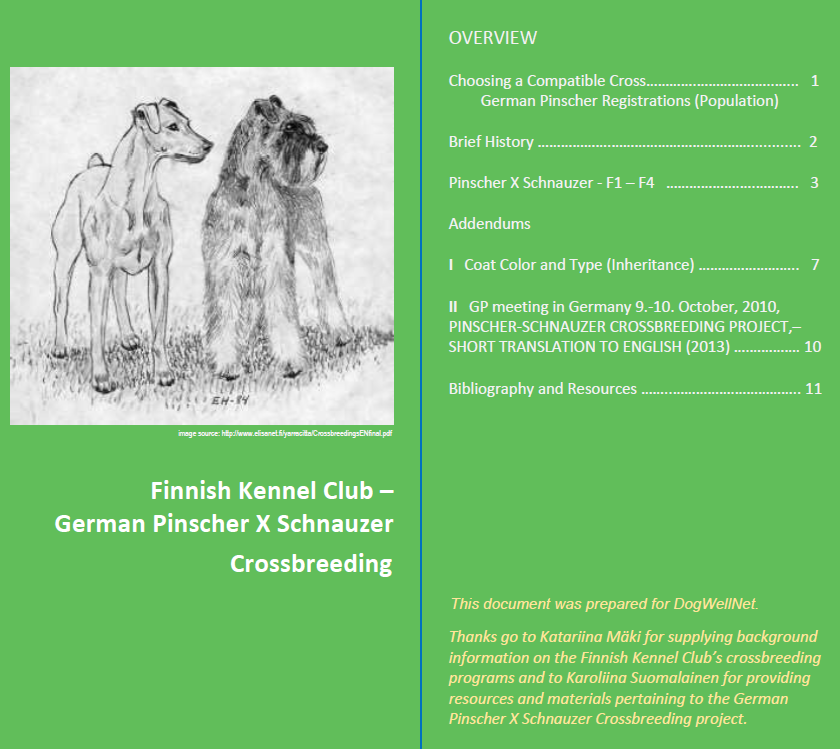 This document is a compilation of information gathered from the Finnish KC's database (KoiraNet-jalostustietojärjestelmä) and other documentation and reports on the German Pinscher breed and the crossbreeding project. A great deal of time and effort have gone into the crossbreeding project which is now nearly 20 years in the making. It is hoped the information in this overview document will provide a sense of what a crossbreeding project looks like from a generational management perspective. This project's outcomes represent a success story in crossbreeding - the underlying focus guided by committed individual breeders making sound breeding choices based on improving health and temperament accompanied by kennel club and community support.

Many details, specific observations and the purpose of the crossbreeding are covered in the: 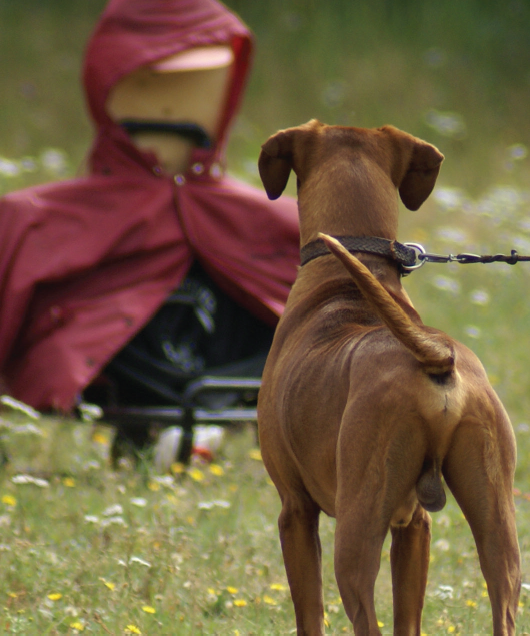 In this document see the comparison between purebred and crossbred pinschers GP Mental Test results from years 1984 to 2015.  German Pinschers are ranked 39th most tested with their 257 tests among all 277 breeds; Pinscher owners are active!

The report and analysis of results is based upon data collected by Niina Partanen for the German Pinscher.

Karoliina Suomalainen's report covers mental testing results from the F1 to F4 generations of the German Pinscher crossbred dogs as compared to 'purebred' German Pinschers. F5-generation dogs have 3,13% Schnauzer blood; results for these dogs were included as 'purebreds'.


Notable: This document contains an explanation of the components of the Finnish Mental tests (English).

We hope to provide additional information pertaining to the past and upcoming generations of the GP X Schnauzer crossbred lines.

Check out:  More on Crossbreeding in Finland