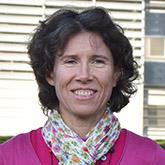 Development of a validated DNA test – an example of collaboration with breeders, breed clubs and researchers

Catherine André has been a researcher at the French National Center for Scientific Research (CNRS) since 1992 and group leader of the "canine genetics team" since 2008. She has worked for 20 years on the development of genetic tools, a French veterinary network and biological resources for the study of the canine genome and the characterization of natural models of human genetic diseases – for the needs of the team, and for the international scientific community interested in the canine model for biomedical research. Catherine participated in the development of markers, genomic and comparative maps, and finally to the canine genome sequence in 2005.

In parallel, she created and manages a biological resource centre (Cani-DNA) to collect dog samples by setting a veterinary network and contracts with the four Veterinary Schools and the animal genetics  company, Antagene. Catherine initiated and developed numerous research projects with the aim to characterize the clinical, epidemiological, histopathological and genetical aspects of the homologies between dog and human for diseases such dermatological conditions (ichthyoses, keratoderma, auto-immune diseases), neuro-sensorial (epilepsies, neuropathies, retinopathies); and several dog/human homologous cancers (melanomas, sarcomas, lymphomas, gliomas). Thus, she and her colleagues have identified new genes and new functions for human genetic diseases, and have characterized spontaneous models for clinical trials "first in dogs" following the "One Health" concept. 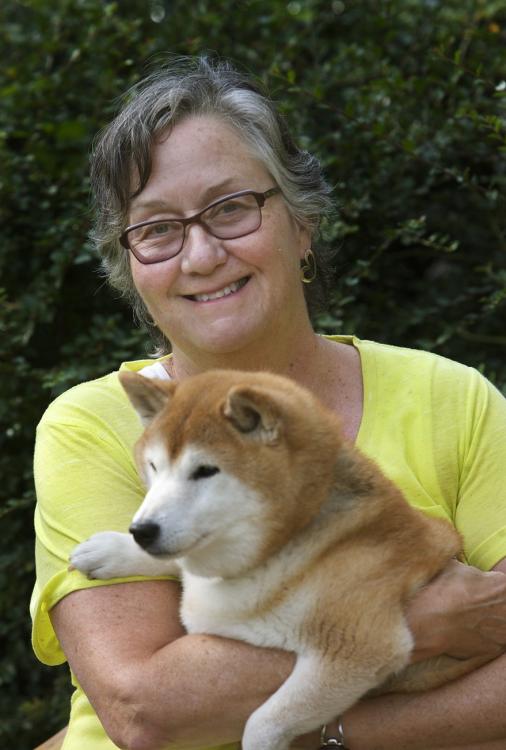 Formerly tenured faculty at the Ontario Veterinary College, Brenda is a veterinarian and
Consulting Epidemiologist. Her research and projects in Europe and North America include,
e.g., development of national and international programs with kennel clubs; extensive work with / publications on animal insurance data; human-animal interactions, numerous pet welfare initiatives spanning the National Council on Pet Overpopulation (1993) and, e.g., for the American Humane Association: Cat Welfare Forum (Sept. 2013) and Keeping Pets (Dogs and Cats) in Homes: A Three-Phase Retention Study. As Lead Scientist at Morris Animal Foundation (2010) she assisted in development of the (now titled) Golden Retriever Lifetime Study.

Brenda is a frequent speaker on topics of animal health, welfare and human animal interactions at scientific meetings (e.g. Waltham-WSAVA Welfare symposium at the North American Veterinary Conference, 2013); plenary at Association of International Human Animal Interactions Organizations, Stockholm 2010, as well as to many stakeholders in the dog world, i.e., breed and kennel clubs, judges and veterinarians. Since the autumn of 2011 Brenda has spearheaded the work which has resulted in the creation of the IPFD and DogWellNet.com. 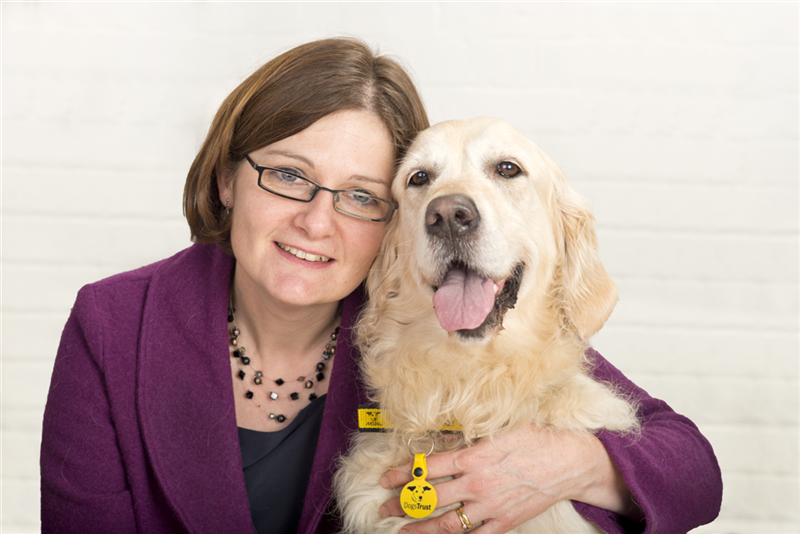 Paula graduated from the Royal Veterinary College, University of London in 1992. She spent 11 years in general practice before moving into industry in 2003 and joined Dogs Trust in 2010, where she is now Veterinary Director.

Paula has an ongoing interest in the ‘link’; the interrelationship between domestic violence, child abuse and cruelty to animals. She has spoken widely on the subject, is treasurer of The Links Group and is regularly involved in undergraduate training on Non-Accidental Injury (NAI) within the UK veterinary schools. 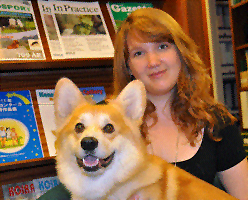 Aimée Llewellyn-Zaidi joined the International Partnership for Dogs in January 2017, as the project director for the Harmonization of DNA testing for Dogs. Previously, Aimée contributed to the IPFD via her role as Head of Health and Research for The Kennel Club (UK). With special interests in scientific communication and engagement, and the development of accessible genetic counselling and support, Aimée is thrilled to be contributing to the health and welfare of dogs through her work with the IPFD. Aimée has broad experience in engagement across the veterinary sector, Breed Clubs, breeders, welfare groups, and owners.

She has had numerous speaking engagements and media appearances discussing balanced breeding decisions, whole-dog health, and the art and science of breeding for The Kennel Club, BSAVA Congress, Crufts, and numerous canine health and welfare stakeholder meetings. Aimée is an editor of Canine Genetics and Epidemiology. She lives in Oregon, and hopes to add a Corgi-addition to her family this summer. 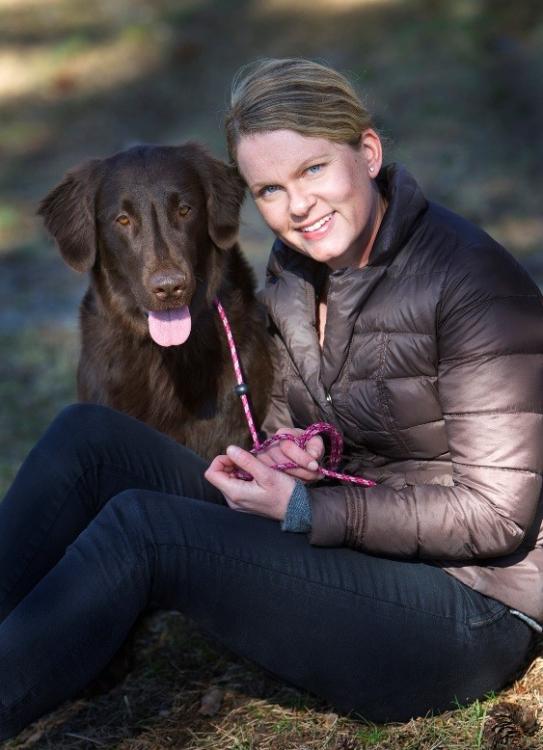 Dr. Malm obtained her undergraduate degree in Animal Science at the Swedish University of Agricultural Sciences (SLU) in Uppsala, and her PhD about breeding for improved canine hip and elbow health at the Dept. of Animal Breeding and Genetics, SLU. Since January 2011, Sofia is employed by SKK (the Swedish Kennel Club) Dept. for Breeding and Health where she is mainly involved in issues regarding breeding programs, genetic tests and prediction of breeding values. Sofia is also co-opted as genetic expert in the SKK breeding committee and in 2013 she wrote a book about dog breeding for Swedish breeders. She is occasionally involved in research projects and frequently gives lectures for breeders and students at SLU. 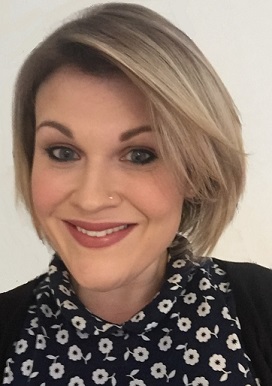 Dr. Rowena Packer is Research Fellow at the Royal Veterinary College, London. Her primary research interests are canine health, behaviour and welfare, with a focus on inherited disease. Rowena's PhD focused on the health and welfare consequences of extreme conformations, particularly the impact of brachycephaly and chondrodystrophy.

Since 2013, Rowena has been a postdoctoral researcher in canine health, and in 2016 was awarded a BBSRC Future Leader Fellowship to investigate epilepsy and abnormal behaviour in the dog. Rowena holds a first class BSc in Animal Behaviour and Welfare from the University of Bristol, and a PhD in Veterinary Science from the Royal Veterinary College, and in 2016 was awarded the UFAW Young Animal Welfare Scientist of the Year award for her work. 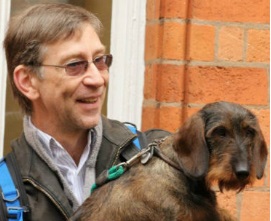 A total package: Innovative research, programs and communication by the Dachshund Breed Council

Ian was elected Chairman of the newly-formed UK Dachshund Breed Council in 2008, and he also serves on their Health Committee. His particular interests are canine health and welfare, and the education and training of judges. He and his wife have owned Dachshunds since 1980, and he judges the breed at the championship show level. He is co-editor of "The Dachshund", published in 2011 and writes a monthly column, "Best of Health", for Our Dogs newspaper. He was the lead author of the UK Kennel Club's Toolkits on Breed Health Strategy and Health Surveys.

Ian has a BSc (Hons.) in Chemistry and began his career in Research and Development in the paper industry where he held senior management roles in Marketing, HR and Commercial functions. He is a Chartered Member of the Chartered Institute of Personnel and Development, and a Member of the Operational Research Society. Today, he runs his own Business Consultancy where he specialises in Continuous Improvement and Change Management. 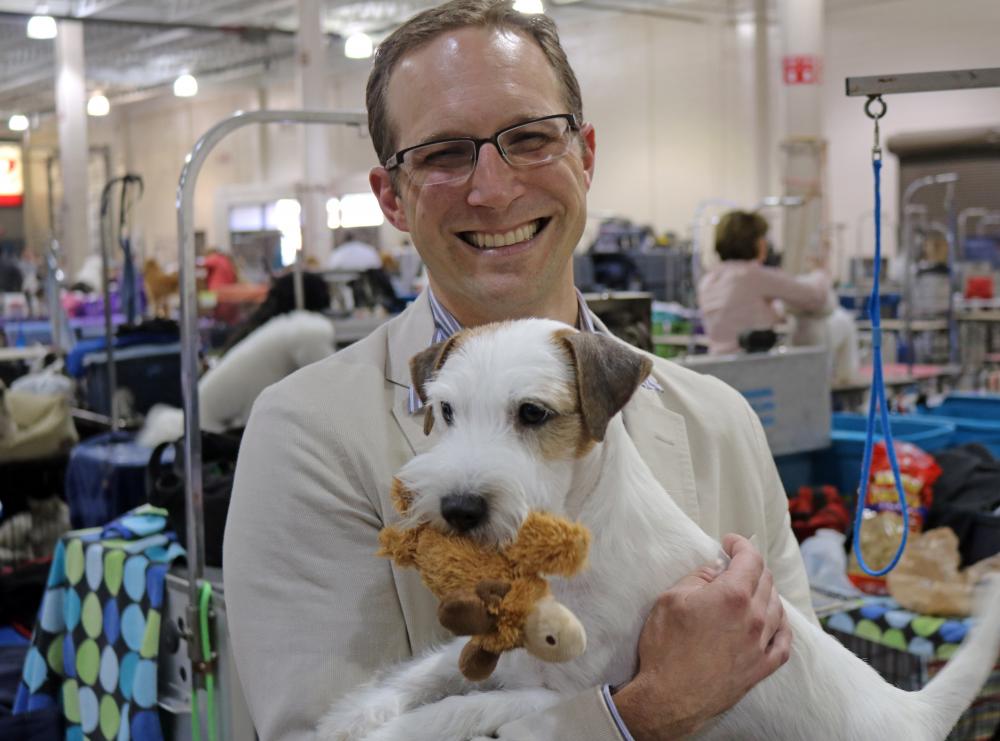 The big picture: Communication and education about antimicrobial resistance

Dr. Stull received his veterinary degree from the University of Pennsylvania and completed an internship at the Western College of Veterinary Medicine. Following work in private practice, he obtained a Masters degree in Preventive Veterinary Medicine at the University of California and spent five years serving as a State public health veterinarian. He worked as the Infection Control Practitioner for the Ontario Veterinary College, where in 2013 he completed a PhD in veterinary infectious disease.

He is currently an assistant professor in the Department of Preventive Veterinary Medicine at The Ohio State University. His research focuses on disease transmission (including antimicrobial resistance) between animals and people and infection control in the veterinary hospital, farm, and household environments. He is actively involved in antimicrobial stewardship efforts across veterinary, public health and community groups.