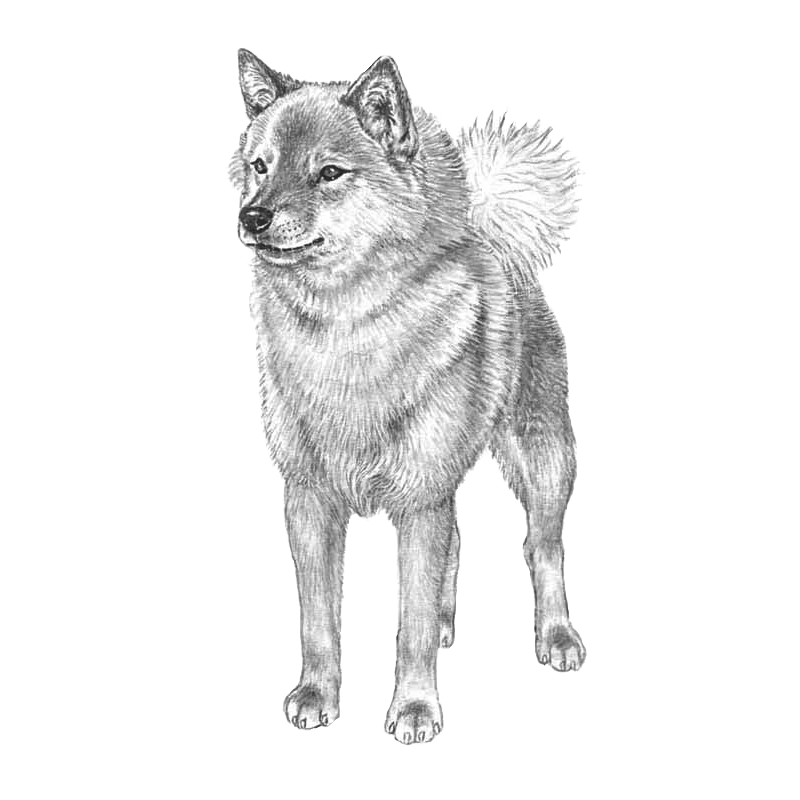 The national dog of Finland, the Finnish Spitz, is by far the oldest of all the Finnish breeds. It was bred directly from the native landrace dog population without crossbreeding, and it has followed the Finnish people since ancient times. A dog similar to the Finnish Spitz has been found in prehistoric cave paintings. The Finnish people lived in isolated residential areas in the wilderness in the Northern part of Finland, from Kainuu all the way to Murmansk, and their dogs remained purer in comparison with dogs living more south where they easily got mixed with other dogs. 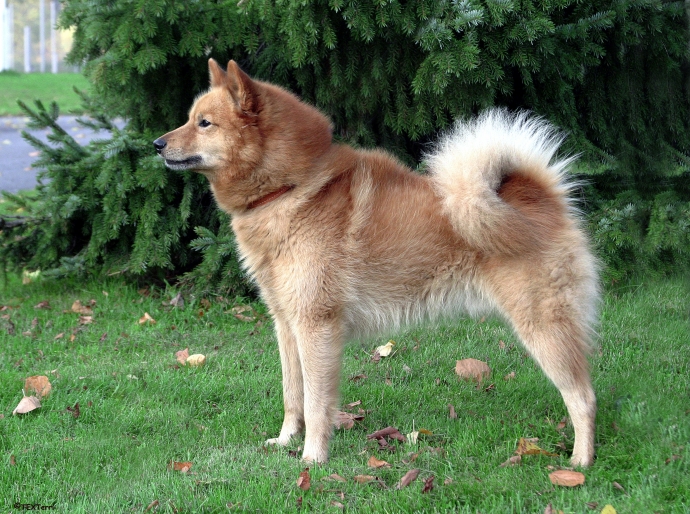 "The Finnish Spitz is the end result of high-standard domestic breeding work. It was bred directly out of the native landrace dog population without crossbreeding, making it a real rarity as a hunting dog on the international level as well.

The Finnish Spitz primarily barks at birds perched in trees, using its voice to indicate the location of game. It is mostly used to hunt forest game birds, but also to some extent as an elk-hunting dog as well as to hunt small game and retrieve birds shot into the water.

When retrieving game, the Finnish Spitz will move over a distance of 100 - 500 metres and often even further away from the hunter. The connection with the hunter will be retained in spite of this distance, however. It finds birds on the ground or in trees with the help of its extremely sensitive nose and is capable of tracking an escaping bird for several hundred metres in even the most difficult terrain. It indicates the location of the bird with its bark and behaviour, and will try to keep the bird in the tree by barking until the hunter gets there."  read more... at the Internet Archive - 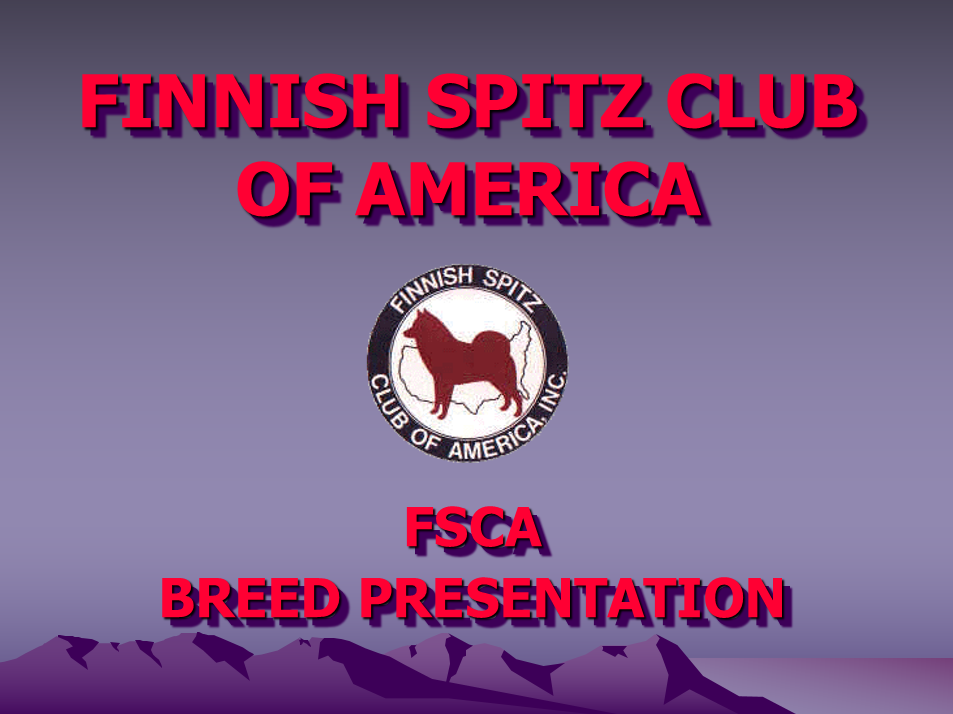 And from the American Kennel Club (IPFD Founding Partner):

WOW!  Awesome new link;  The Finnish Canine Museum.  Fabulous online resource and the first focus is on the National Breed of Finland ... the Finnish Spitz.  Everything here on history, art and more.

The Finnish Spitz is bred from a native landrace 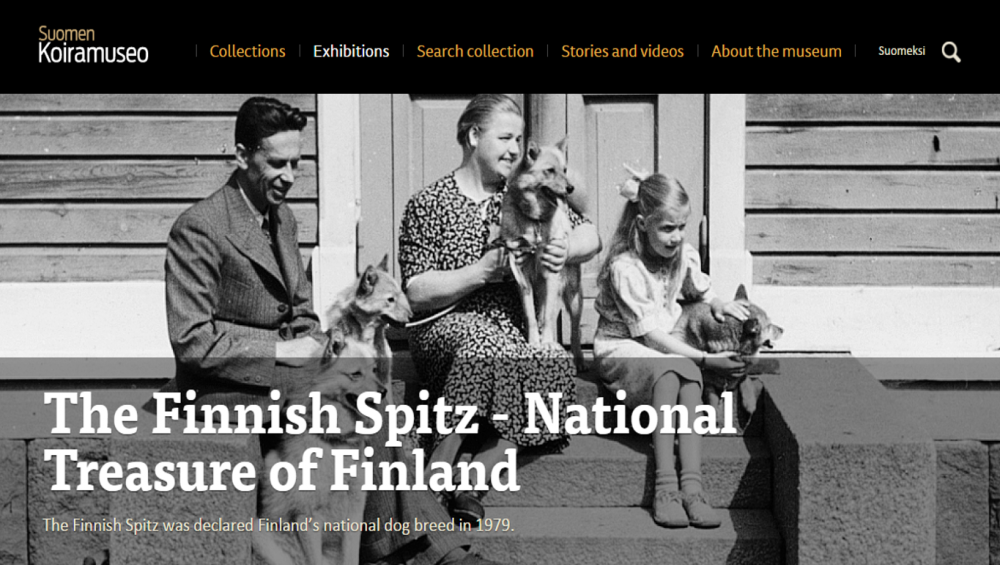 This file contains extensive information and statistics in English pertaining to the breed management strategy for the Finnish Spitz breed.

The Kennel Club list of DNA tests available for each breed along with an indication as to whether the test is part of the Assured Breeder Scheme (recommended or required) and whether it is recorded on the Kennel Club registration database.http://www.dogwellnet.com/content/_/health-and-breeding/screening-tests/dna/dna-tests-for-use-in-breeding-decisions/the-kennel-club-breed-specific-dna-tests-upd-r234

THE FINNISH SPITZ-FROM A LECTURE TO TRAINEE JUDGES BY MRS DOREEN DUFFIN.pdf

Check out the electronic archive... Suomen Pystykorvajärjestö • Finska Spetsklubben ry.  which offers a collection of published issues as PDFs, dated from 2014 to  as early as 2002. (Publication written in Finnish)

Associated research... Origins and wanderings of the Finnish hunting spitzes

Origins and wanderings of the Finnish hunting spitzes

Pedigrees of Finnish Spitz traced back to the 19th Century 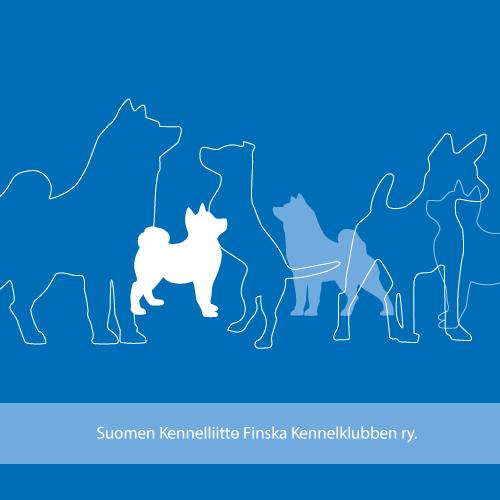 See the article that describes the research in English... 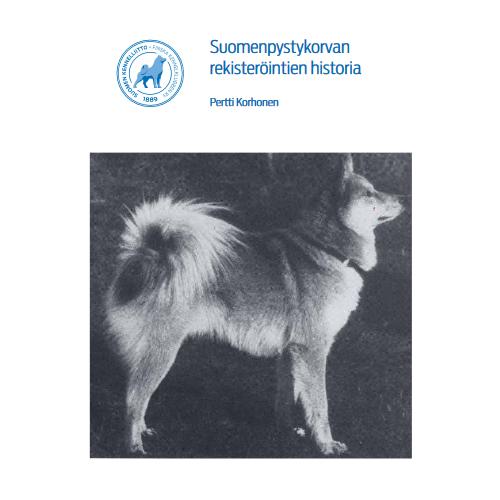 Pedigree data of Finland’s national breed, going all the way back to the 19th Century, can now be reviewed in the Finnish Kennel Club’s Breeding Database.