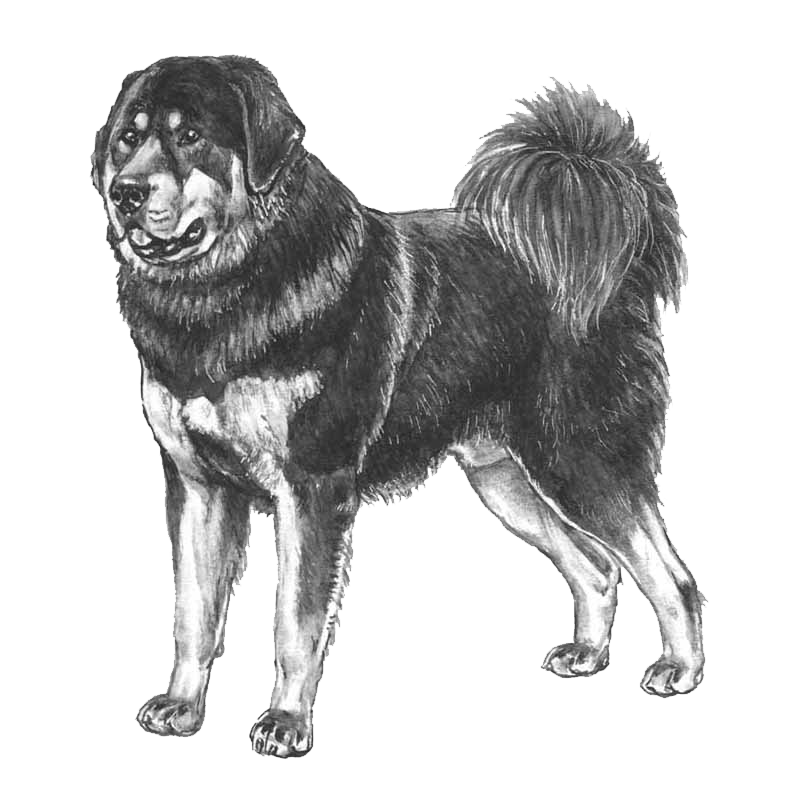 The  Tibetan  Mastiff  (Do Khyi)  is  an  ancient  working  breed of  the  nomad  herders  of  the Himalaya  and  a  traditional  guardian  of  the  Tibetan  monasteries. Independent. Protective. Commands respect. Most loyal to his family and territory.

The dog itself is to be found all through central asia and has different names according to different locations. "The name Tibetan Mastiff is a misnomer; the Tibetan Mastiff itself is not a true Mastiff. The term "mastiff" was used by the Europeans who first came to Tibet because it was used to refer to nearly all large dog breeds in the West. A better name for the dog might be Tibetan mountain dog or, to encompass the landrace breed throughout its range, Himalayan mountain dog." 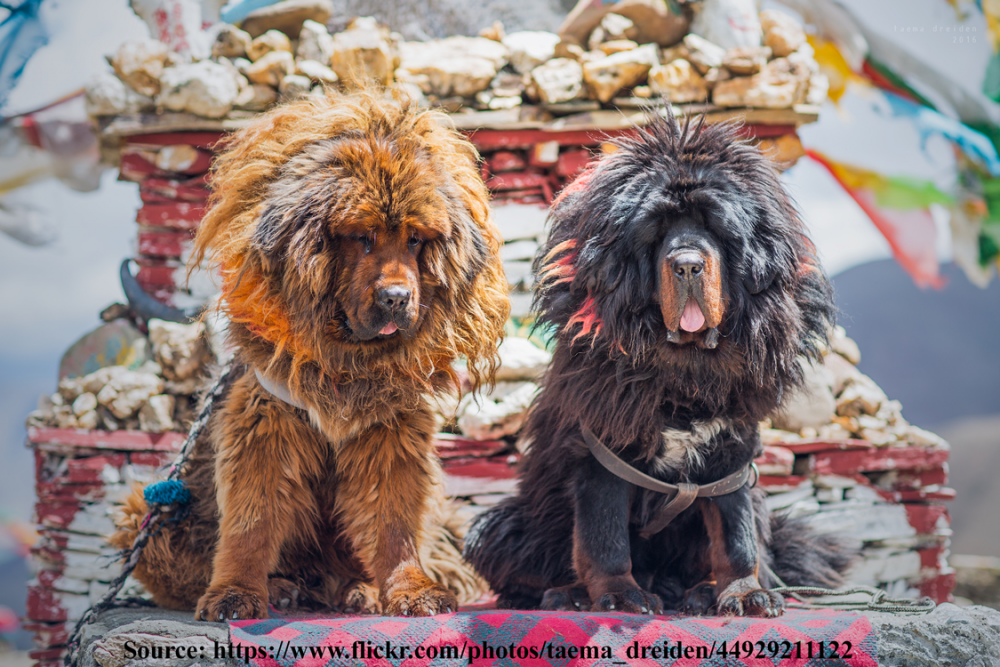 ↑▲ Video Description: "The Tibetan Mastiff is a primitive breed used to guard livestock. The breed is highly intelligent, highly protective, and independent thinking dog. Richard Eichhorn has a been involved with this rare dog breed since 1978, he was one of the first advocates for the breed in the United States. Very few animal documentaries will give you insight in to this breed. While at his breeding facility in the California High Dessert, we see a lot of great examples of the Tibetan Mastiff breed. The modern Tibetan Mastiff if only slightly changed from the Ancient dogs of Tibet. Because this is a landrace breed developed over centuries in Southern China, and only recently brought mainstream, this is still a healthy breed. Aloof yet alert the Tibetan Mastiff is quiet and protective of his family, This is an elite canine guard dog. The Tibetan Mastiff developed in the Himalayan Mountains and the plains of Central Asia. The breed has a heavy coat that unlike more domesticated breeds, the coat serve as protection from predators as well as the elements."

Straight from the Source

From Tibet With Love

The Tibetan Mastiff's journey from the roof of the world
By Denise Flaim
Other Names for Breed:

There are numerous breed standards. The basis of breed/conformation shows is the judging of pedigree dogs against the 'Breed Standard', which is a picture in words that describes the range of features that are deemed appropriate for the breed. Three of the major international standards are:

1. Swedish Insurance Data Breed-specific information on rates of disease and death from Agria Pet Insurance (Agria Djurförsäkring) is available for many breeds. This breed has information on Veterinary Care and Life Insurance. Click here to view downloads (2011-2016 Agria files)

Sweden: Breed-specific Breeding Strategies: (in Swedish) and/ or English summary

The Kennel Club list of DNA tests available for each breed along with an indication as to whether the test is part of the Assured Breeder Scheme (recommended or required) and whether it is recorded on the Kennel Club registration database:

Canine Chronicle: Where We Stand – The Tibetan Mastiff in the West Today!
by Mary Fischer

Tibetan Mastiff Breeds: Do-Khyi vs Tsang-Khyi Know The Differences About This Breed

Life -- and heartache -- in the Tibetan Mastiff's native land

Interview with Sabrina Novarra who worked to help establish the breed with the American Kennel Club.

The Tibetan Mastiff In China - a three part pictorial series direct from Lana Tsan a Science and Advisory Board member who lived in China.