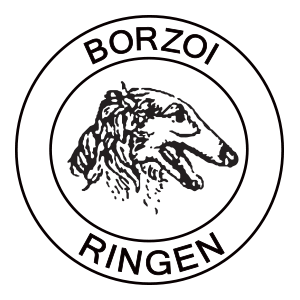 The intention of the Breed Specific Instructions (BSI) is to raise judges' awareness of health and soundness issues in general, and the risks of exaggerated type characteristics in particular.


The BSI identifies areas of concern in order to prevent these from developing into health management problems. The BSI does not add to the lists of faults found in many FCI breed standards, but rather the BSI is a complement to Breed Standards.

In keeping with the BSI's general statement on assessment of bite and teeth -
"All dogs should have healthy teeth and well-functioning bite corresponding to what the breed standard requires. Incorrectly placed teeth, may cause damage to the gums. Jaws should close normally. The gums should not display any signs of injury, irritation or damage. Such deviations could be clinical signs of impaired health and should be handled accordingly."

The areas of risk for the Borzoi are:
1. Mouth: Incorrectly placed canine teeth.
2. Eyes: Deep set and small openings.
The breed standard provides clear information: "Eliminating fault: Faulty position of one or both canines of the lower jaw which, when the mouth is shut, can damage the upper gums or the pallet."

After the initial release of the BSI's first edition which was put into effect and evaluated at all conformation shows affiliated with the SKK during 2009, the Borzoi-Ringen, the Swedish Borzoi Club, set about developing a compendium to their RAS document to enrich content offered regarding evaluation of bites, upper and lower jaws, head type conformation and incorrectly placed canine teeth.

The compendium was reviewed at the meeting of the Swedish Kennel Club's Judges Committee on June 9, 2011. Finding the compendium to be very well designed and illustrated the DK decided to give its approval, adding the Canines and Bite in the Borzoi Breed Annex to the RAS Breed Specific Breeding Strategies for Borzoi. The Annex was translated into English 2014-09-25.

To view the Annex see:

NOTE: An updated version of " The Borzoi - Annex to Breed Specific Instructions: "Canines and Bite in the Borzoi Breed" is available in Downloads - the latest version posted on 4-11-2015.