Updated information from the FKK:

The Finnish Kennel Club (FKK) has today released information about a ongoing project 'Fitness examination being prepared for Bulldogs' [Dated link; see Internet Archive: https://web.archive.org/web/20151012050702/http://www.kennelliitto.fi/en/news/fitness-examination-being-prepared-for-bulldogs]in the English Bulldogs. This is a collaborative program between the kennel club, the breed club and The University of Helsinki Veterinary Hospital. Thirty English Bulldogs are being monitored for breathing, balance, a walking test, skin problems and x-ray'd from head to tail. The  FKK has bought some equipment for the project and will pay for the study of the 30 dogs that the Breed Club has chosen to be tested. The aim is that this test could be used to evaluate dogs that would be suitable for breeding. Ultimately, the idea is to decrease health problems in any brachycephalic breed.

Another study, using a similar set of tests, has been done on Pugs, also in collaboration with the Faculty of Veterinary Medicine, University of Helsinki Veterinary Hospital and the Pug breed club. Twenty dogs were tested, 10 that were considered to be good and 10 that were considered bad in breathing. The test results suggest that those with elevated level of noisy breathing in the upper respiratory tract were also failing in the walking tests: they could not walk as fast and as long without distress as those with less noisy breathing. All the details of the study will be published in a graduation work of one of the veterinary students that participated in the study and a summary has already been described under The Brachycephalic Issue: Finland Pug Study.

The FKK also plans to start a similar study in collaboration with the Veterinary Hospital and the Toy Breed Association of Finland. The next breeds participating will be Boston Terrier, French Bulldogs, and possibly others. The work with the Frenchies has already started and the dogs for the study have been chosen. Frenchies will also be x-rayed to evaluate back problems. The work has already been started by DVM Anu Lappalainen and her students in collaboration with Ph.D. Marjo Hytönen, who has made her thesis of congenital skeletal malformations in dogs.

And attached (below) is a summary of the announcement in English (The Kennel Club is developing a tool to reduce breathing problems....).

Or see the attached file.

As is presented elsewhere on DogWellNet.com the FKK has ongoing projects on cross-breeding in several breeds, and there is a new project that we will soon announce. Please see ‘ Partner Breed Resources for information on accessing information from the website of the Finnish Kennel Club.

The Kennel Club is developing a tool to reduce breathing problems in dogs_31 Oct.pdf 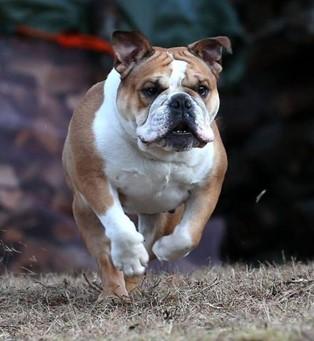