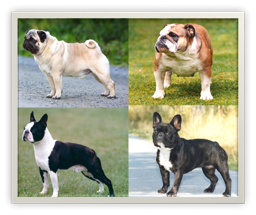 It is great to see the increased momentum for addressing issues of health and welfare in brachycephalics around the world. IPFD hopes to facilitate collaborative international efforts across multiple stakeholder groups.  It is clear that this issue is a global one and requires a coordinated approach to be truly effective.  Perhaps what is also needed is a recognition that these are complex challenges, with no easy solution.

The issues involve not only medicine and science, but are fraught with emotion and influenced by long-held beliefs. Aspects of human-dog interactions both enrich and complicate the situation. Success is most likely to come from positive collaborative efforts where all stakeholders take responsibility for their own roles and work together on common goals, rather than trying to criticize others and apportion blame.

There is a need for information and evidence, compiled and interpreted in a logical and unbiased way. There is a need to share resources, experience and expertise, with reduction of redundant efforts.  There is need for courage, as this is a challenging and evocative issue.  But there is also a need for compassion - for the dogs, first of all, but also for owners who may not understand; for breeders who did not set out to purposely create problems; to veterinarians who may struggle with conflict of interest serving their business, their clients and their patients; for dog show judges, many of whom struggle for a balanced approach; and more.

The controversies and challenges represent an opportunity now to work together to enhance the health, well-being and welfare of dogs and to support human-dog interactions.

See below for a summary of and links to recent international efforts and resources.  We will continue to edit and update this document.

The Kennel Club in the UK has recently hosted a meeting on the brachycephalic breeds and will provide further information on the results of that meeting.  The meeting was prompted by a petition on the topic by UK veterinarians.  Early reports indicate that various stakeholder groups are stepping forward to examine what they can do.

Dated Link One view on the meeting has been presented by Dog World: Vets’ petition prompts KC to host meeting on brachycephalic breeds.

Dated link After the meeting, Dog World published another article: Changes to Standards for brachycephalic breeds not the answer, claims KC.

There is new and ongoing research in the UK and resources from Germany and Sweden that may be helpful to inform examination of dogs to determine their condition relative to brachycephalic issues.

In Sweden, Finland, Norway, and Britain, e.g., efforts have been underway for many years on various aspects of the issues.  See, for example: IPFD's Brachycephalic Resources, outlining health programs by breed clubs as well as those aimed at dog shows.


In Brachycephalic Resources: External Links there are outlined some key research developments, not surprisingly in programs like VetCompass and research at the Royal Veterinary College and Cambridge University, supported by the KC.

The Swedish Kennel Club (SKK) held a symposium for breeders of brachycephalic breeds in February, 2016.  See: THE SKK CONFERENCE ON BRACHYCEPHALIC DOGS  and the SKK’s position paper/ press release: May 2016 -- In the Press -- SKK -- Brachycephalics.


That symposium was planned well in advance of an open letter and petition from vets in Sweden.


More resources, videos will be available soon from this meeting.

The SKK made a statement about general breeding guidelines for brachycephalic breeds:

“There was a strong desire expressed for powerful measures to be taken with the tools already available. The knowledge of breed-specific conditions around respiratory problems needs to be clarified and structured so that more customized measures may be developed for each breed. A broad cooperation between all stakeholders is needed to make this possible.
Based on this, the following statement is presented regarding breeding of brachycephalic dog breeds and strategies to improve the health status.


Statement
It is never compatible with the (Swedish) Animal Welfare Act and the SKK Basic Rules to use for breeding, animals with clinical problems that may be associated with brachycephaly.

To reduce the number of health problems that may be associated with brachycephaly, the breeding selection must consider the general parameters, which affect the breathing ability, such as the width of the nostrils, nose length, width and depth, the space and firmness of the throat, chest volume and other breed-specific conditions.” 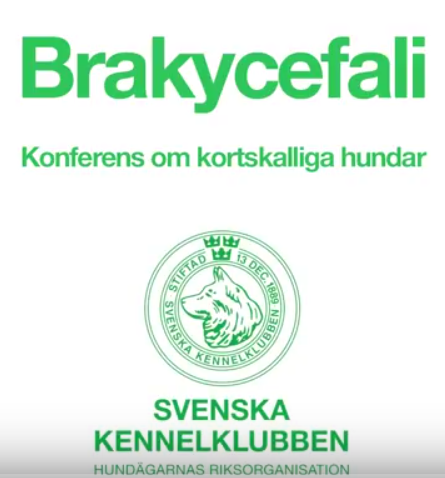 From the Brakycefali Conference, a presentation...

Gerhard Oechtering, a professor on the veterinary faculty at Leipzig University, talks about his research on brachycephalic dogs.

And what next?
The increased focus on the issue is great.  However, off the cuff demands for, e.g. 'longer noses' do not reflect a complete or accurate understanding of either the problems or their potential resolution. It is clear that there are more factors involved in the BOAS syndrome that simply the length of the nose, or any one aspect of conformation.  At the moment, there is no definitive measure of conformation that we are sure predicts severity of clinical signs and it is not certain the extent to which or how quickly 'reverse engineering' will resolve the issues.  That said, many believe that breeding away from extremes of conformation is a good thing.  However, these are complex issues and over-simplifying the possible resolutions is not likely to be helpful.

IPFD and DogWellNet.com will continue to update links and resources.  Information on collaborative efforts will be forthcoming.