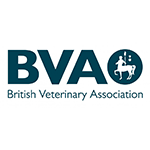 Introduction
"In the ten years to 2017 there has been a rapid rise in ownership and number of brachycephalic dogs in the UK (both those that are Kennel Club-registered and in the wider dog population1). According to Kennel Club figures, registration of these breed types has risen dramatically of the past ten years, with a 3104% increase in French Bulldog registrations, a 193% increase in Pug registrations and a 96% increase in Bulldog registrations.2 BVA is concerned that this rise in numbers is leading to a population-based increase of ill health and compromised welfare in these breed types. Figure 1 visually illustrates the rise in proportional annual birth rates amongst some brachycephalic breed types over the 2004-2016 period."


1. BVA is concerned that the rapid rise in the number of brachycephalic dogs in the UK is leading to a population-based increase of ill health and compromised welfare in these breed types.

2. Society as a whole, including the veterinary professions, dog owners, breeders, registering bodies, breed clubs, academics, animal charities and those with a commercial
interest in the use of dogs and their images, have a social and moral responsibility to work together towards:

3. In order to achieve this, BVA is advocating a three-strand approach whereby all stakeholders play a role in:

4. The BVA policy position sets out key actions for stakeholders across dog health and welfare, including the veterinary professions, registering bodies, breeders, the show sector, academia and marketers and advertisers.

5. BVA recognises the need for professional veterinary associations to support their respective memberships to take action by:

6. BVA has developed a 10-point plan for veterinary practices to support vets to further improve the health and welfare of brachycephalic dogs and promote responsible ownership.