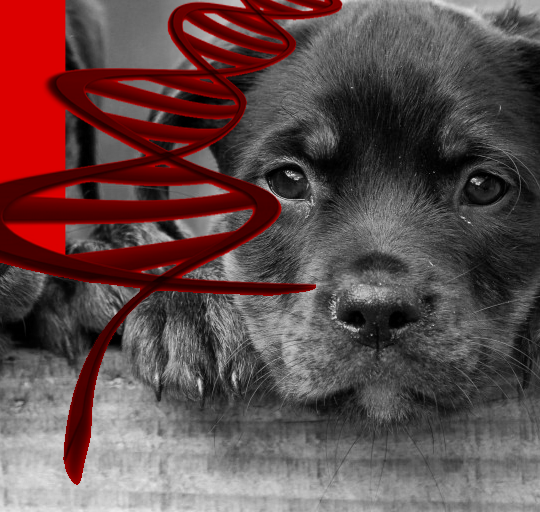 The great juggling act...Ask any long time dog breeder and they'll tell you, exploring the subject of dog breeding and looking at how to define 'best practices' that lead to production of healthy, functional dogs is getting more complicated by the day!

A COMPLEX BALANCE: What are You Measuring? How do you define and verify successes or failures?

Health status (current or long-term) is but one part of a breeder's evaluation of a dog's suitability for breeding. Assessing a dog's health and any other quality or characteristic  goes hand-in-hand with the breeder's goals and reasons for breeding/keeping dogs. A breeder's evaluation of the dog's conformation/structure, breed type, temperament,  personality, working ability and serviceability is combined with health considerations at the time of breeding and beyond. Juggling all the different 'balls' of whether a dog is to to be included or excluded from a breeding program, a pairing is likely to produce quality offspring or developing a workable breeding strategy for an entire breed is an extremely difficult task.

Screening for hips, elbows, heart and eye examinations by veterinarians, expert evaluators, and a myriad of schemes developed to govern those types of non-dna evaluations have long been considered by health-conscious breeders as essential components of quality breeding programs. Enter the explosion of research on DNA and the dog genome - scientists are in the process of examining the genetic components of everything - health conditions and diseases, predispositions to manifest diseases, physical characteristics, longevity, genetic diversity, behaviours - in people, dogs and other species.

DNA tests and direct to consumer sales of DNA tests has opened up a whole new world of 'evaluation tools' for dog breeders. Understanding genetic testing and applying results of tests to breeding decisions and management of individual dogs and breeds is clearly no simple matter. The science is relatively new - but its effects are already widespread - for the better in some cases - but challenges exist.

"Genetic testing of dogs is nowadays a big business that also creates unhealthy side effects. Laboratories around the world today offer DNA tests for numerous diseases and other features, such as ensuring the color of the coat. Consumers and even veterinarians may have difficulty navigating the world of this complicated and rapidly evolving genetics and genomics.

There is currently no control body that would set standards for a growing and unprotected industry or prohibit laboratories from marketing tests with little or no evidence of efficiency or accuracy. In many cases, test providers will need more and better information, and consumers should be able to demand it.

The International Partnership for Dogs (IPFD) has created a platform – the Harmonization of Genetic Testing (HGTD) - for the evaluation of genetic tests with a web site that helps evaluate tests and advise consumers. The Finnish Kennel Club is also involved in the IPFD.

The goal (of the HGTD) is DNA testing only in high-quality and reliable labs, as well as the use and sharing of information obtained in a way that speeds up research and enables consumers to understand the information obtained through appropriate counseling and support from professionals. This enables dog breeders to use information to produce healthier dogs. The site provides transparency for current practices, enables critical evaluation of tests and testers, and supports the transition to best practice identification. This is a huge step forward for consumers, i.e. dog owners and breeders, an veterinarians.

The project includes a number of experts from different countries. In a way, the working group monitors itself, thereby avoiding competition.

Although DNA tests offer tremendous opportunities as a breeding tool, they also bring new questions and challenges. The fact that a genetic test is available for a disease in a breed does not automatically mean that the test would be reliable or that its use as a basis for breeding decisions would be appropriate.

Genetic tests that allow breeders to recognise the carriers, do not have to exclude dogs from breeding due to uncertain results. Carriers can even be used for breeding if they are paired with a disease-free individual. Of course, this requires that the test is validated and true.

Not all of the genetic tests available can be considered as reliable and / or suitable for use in breeding programs. Utilizing an inaccurate DNA test or one not suitable or relevant in the specific breed, may lead to improper rejection of potential breeding animals. Or worse, the dog can be mistakenly interpreted as free of the condition/ risk.

The significance of genetic testing should be assessed, among other things, in relation to other diseases included in the breeding objectives of a given breed. Otherwise, there is a risk of too much focus on illnesses that are easy to "measure" and record.

In many hereditary diseases, the same or similar symptoms may be caused by various mutations. In other words, the genetic background of a condition generally considered as a single condition may be different. A mutation that causes a certain illness in one breed may not have the same effect in another. For example, it is possible that a dog free of one of the PRA forms is affected with another PRA form.

Dogs with clinical signs of serious illness should not be used for breeding regardless of the results of the gene testing, i.e. the clinical state of the dog is always more significant than its genetic status.

All genetically at risk dogs do not even get clinical symptoms. The test also does not give information about other potential genetic risk factors of a dog, nor about the extent to which environmental factors affect its phenotype.


A rather new phenomenon in the DNA testing market is the laboratory-provided multi- or combination tests for a wide range of mutations. Several genetic tests for various diseases and other characteristics are assembled in a test kit that is offered to some breed groups or, in some cases, to all breeds. Thus, the owner or breeder receives the result from his dog's genotype for a dozen to more than 100 different mutations.

This may seem like a convenient and cost-effective way to get as much information as possible on the genetic composition of the dog. However, the results of these tests are often difficult to interpret and are of limited benefit to the breeding industry or are even misleading.

The Scientific Committee of the Nordic Kennel Union generally recommends breeders not to use genetic testing for diseases with an unclear heritability. The Committee is also reluctant to recommend the use of multi-tests and combination test packages currently available. Tests for diseases affected by multiple genes should only be used when evidence based on scientific publications demonstrates that such mutation or mutations cause significant and defined disease risk and if the disease is clinically relevant in that breed.

The NKU's Scientific Committee wants to emphasize that the breeding program must be based on the prevalence and severity of various health issues, not the availability of genetic testing. If the disease is not a clinical problem and / or the available DNA test is unvalidated (overall or in the breed) or unreliable, it is better to abstain from testing to avoid the risk of potential breeding animals being excluded.

Decisions about dog breeding must be based on a lot more than just certain diseases and genetic tests; although the latter are now widely available, they do not give a full picture of the subject.

The International Partnership for Dogs (IPFD) is a non-profit organization, registered in Sweden, and initiated in 2014 by a diverse group of stakeholders in the international dog world. The IPFD mission is to facilitate collaboration and sharing of resources to enhance the health, well-being, and welfare of pedigreed dogs and all dogs worldwide. Visit the IPFD online at www.dogwellnet.com for more information. For HGTD directly: https://dogwellnet.com/ctp/"