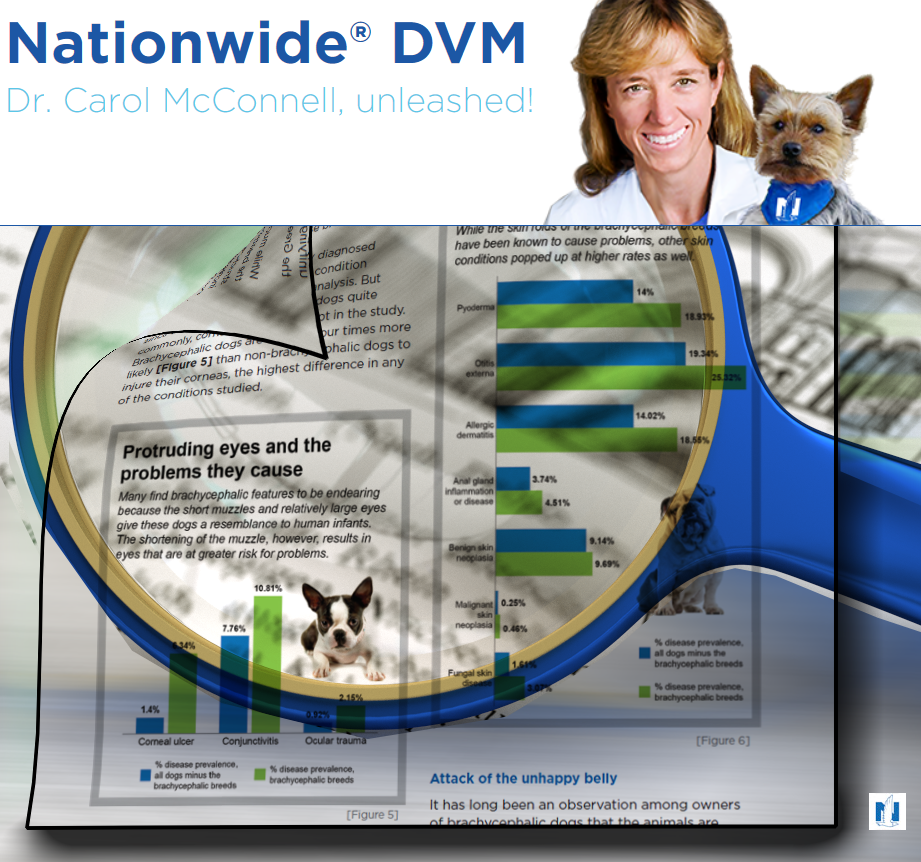 French Bulldogs and more: Taking the temperature on brachycephalic health

Bringing big data to bear on health concerns
"In 2013, Nationwide pet health insurance, then operating under the name of Veterinary Pet Insurance® or VPI®, decided to use its peerless database of pet health insurance claims to develop both medical and financial studies.
The goal was to produce analyses that would assist pet owners and members of the veterinary community in making sound decisions around pet health and the business of veterinary medicine." 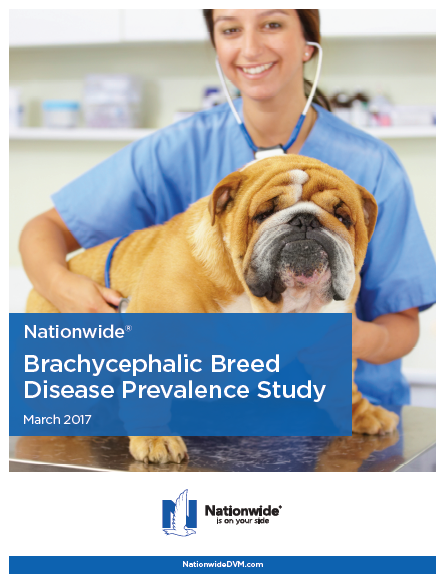 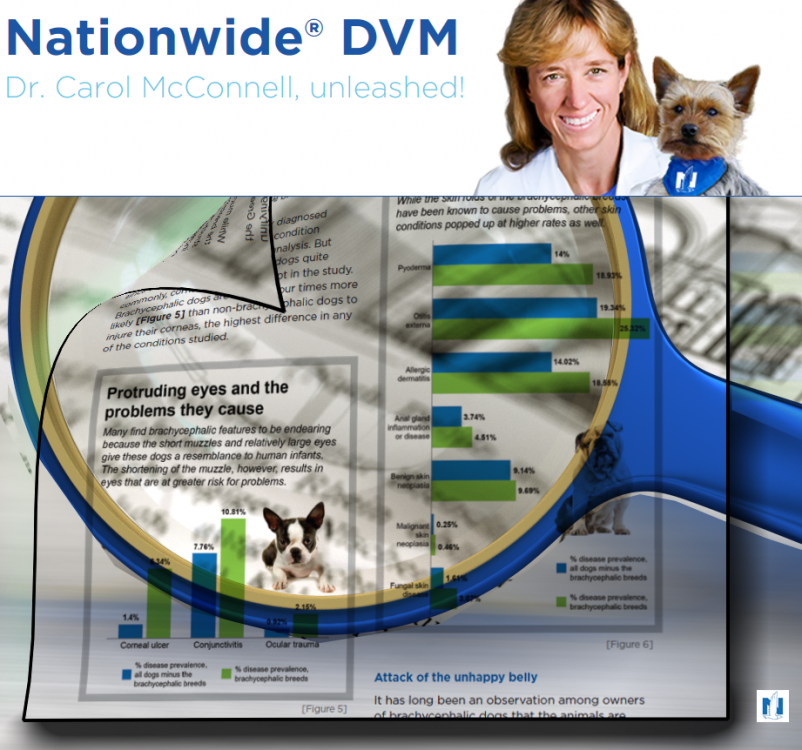 "With an analysis that shows brachycephalic breeds significantly more impacted than their structurally normal counterparts across a range of common conditions, Nationwide has opened a new topic for discussion. In so doing, we hope to help improve the quality of life for these dogs, and to lessen the expense their owners have in caring for them."

Calling attention to the Brachycephalic Issues has been a focus of DogWellNet. The call for evidence based numbers that relate to health issues in breeds is an important step to guide efforts and action plans designed to help dogs live better lives. The study from Nationwide® includes data on 24 Brachycephalic breeds collected from the years 2007-2015. The presentation does not focus on the Brachycephalic Obstructive Airway Syndrome BOAS condition in Brachy's, but rather focuses on commonly occurring illnesses and body systems affected. The conclusions drawn from the Nationwide® insurance claims data is that Brachycephalic breeds show a higher incidence of some common diseases than their non-brachycephalic counterparts. This report is a reader-friendly presentation, one which owners can reference when seeking breed health information or veterinary attention for their pet. The study provides information useful to puppy buyers in their selection of a breed and breeder. We at DWN commend Nationwide for producing this study which adds quality information to the discussion of Brachycephalic breeds.