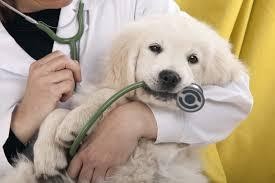 Our collaborators at Four Paws have been developing their 'Model Solution for full traceability across the EU online puppy trade' for some years and are actively enacting this work throughout Europe.

This work was also presented as part of the Supply and Demand Theme at the IPFD 4th International Dog Health workshop.

"The illegal puppy trade is rife with animal cruelty and deception. Every year, countless puppies are bred in deplorable conditions, taken from their mothers too early and transported across Europe to be sold online via classified ad sites. To help combat this exploitative trade, FOUR PAWS has developed a 'Model Solution for full traceability across the EU online puppy trade', which requires all puppies to be microchipped and registered, and the seller’s details verified, before they can be advertised online."

This material will be of interest to consumers, veterinarians, welfare groups, regulators, and all those concerned with aspects of supply and demand - sourcing of animals - that negatively impacts pet health and welfare.

Four Paws International is; "is the global animal welfare organisation for animals under direct human influence, which reveals suffering, rescues animals in need and protects them. Our vision is a world where humans treat animals with respect, empathy and understanding."

With offices in several countries, they are active throughout the world for many species.  But here we want to focus on their work to reduce and control the movement of pets throughout Europe and to eliminate illegal online trade.  They are working with registries like EuroPetNet and online service providers, as well as liaising with European regulators.

"aspires to eliminate illegal puppy trading across the European Union through rigorous implementation of the EU Animal Health Law at a national level, with the co-operation of I&R databases, classified ad websites, and national governments"

Their Model Solution Report (in English) can be downloaded here:

but it is highly recommended that you visit their site for a wealth of information; the report is available in several other languages.

The report contains a step by step guide to the model.  It is practical and clear.

One of the strengths is the basic premise of the model which could be applied globally, even where there is not the supporting structure available in Europe. Really, the grounding is so obvious - almost a no-brainer - and yet, throughout the world, even in developed countries there are barriers to the implementation.  It is this:  the dog is microchipped and registered by the breeder.  In other words, the breeder is the first owner.  They are then registered as the 'origin' of the dog, in a reliable database.  Then, with each change of possession, the name associated with the dog and chip is updated, creating a TRACEABLE trail from current owner, back to the breeder.

There is so much work now on identifying a 'good breeder' - a reliable source for puppies.  And yet, there is no simple set of rules that define a good source.  But surely one aspect could be this - if a puppy is not already microchipped and the breeder/ first owner identified... well, why the heck not?  Why would any responsible breeder balk at this process? Of course, prospective owners aren't going to carry chip readers with them, but it is a question that can be asked - and something that can be checked on the initial visit to the veterinarian.  Unfortunately, for reasons of cost and ease, in many regions, even many good breeders leave it to the puppy purchaser (wrongly thought of as the original owner) to get the dog chipped.  But if this model is implemented widely, perhaps Europe will lead the way.

Further steps describe other aspects of movement and ownership, and describe responsibilities of online sites that connect suppliers with consumers.   This is another topic IPFD is following and for another article.

The report outlines benefits and implementation.  Where there are no robust laws or enforcement, even this simple approach will be challenged.

But at a theoretical level, it seems hard to argue with two basic tenets, i.e.:

"Registration of breeding and selling establishments, as required under the Animal Health Law, is a huge step towards ending the illegal trade
in puppies."

And identification of the puppy, at the source.

Of course, in reality the situation is more complex... but all stakeholders should consider this model and perhaps see that solutions are possible if the will to make changes to protect the health and welfare of all puppies is there .