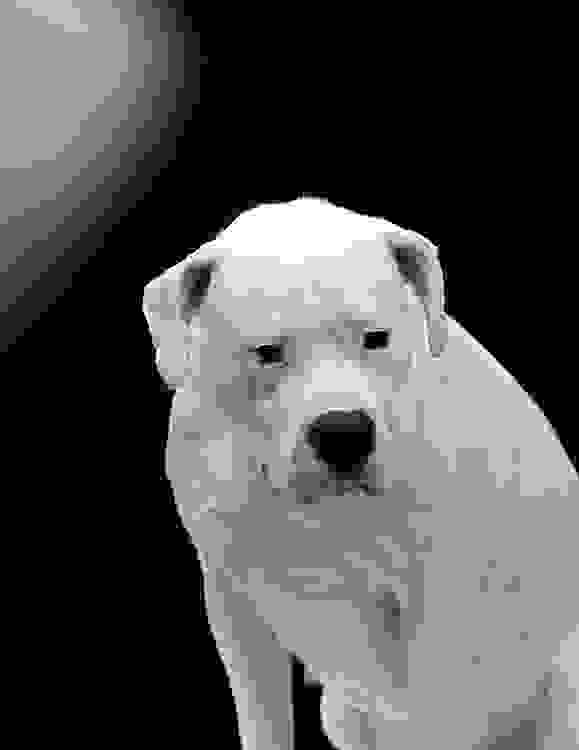 As a starting point of this blog, I find interesting to get back to the reasons why we have such health problems in companion animals. I have got the inspiration to write about it, because of a speech made about hypertype by the former member of Standard Commission of FCI Raymond Triquet in 2013, underlining the shared responsibilities behind this old problem… Enlarging the question to all the inherited conditions deleterious to dog health, this appraisal appears for me as an interesting entry to future discussion topics.

No need to look far away to find the main cause of current dog health problems. Dogs are basically victims of the star system of dog world, related to the increased competition between breeders/handlers to provide the bests dogs for competition. By itself, there should be no reason to criticize a system rewarding the effort of breeders. Yet there are three consequences of this, impacting selection and reproduction, and having indirect harmful effects on dog health:

Standards by themselves
Sadly some disorders reported in dogs are more or less directly related to the standard of the breed, whatever the interpretation that is made from it. An article of Lucy Asher and her colleagues in 2009 listed multiple traits leading to predisposition to welfare problems, such a screw-tails, leading to spina bifida, or shortened faces, which predispose, among others, to multiple eye conditions. Note that even basic traits can be more or less related to health problems. Taking the example of size, large dogs are in general more prone to health problem such as hip dysplasia or dog bloat, having also reduced longevity, while small dogs may suffer from various troubles, such as dental problems and hypoglycemia. Yet it is difficult to deny the responsibility of standards in the current disorders that dog breeds experience. This has led the UK Kennel Club to perform a large review on breed standards. These change, if applied by judge and breeders, may have indeed positive impacts on breed health, however it probably remains a lot to do on this aspect to improve dog health.

Conflicts
The dog world is far from being a peaceful world. There are several reasons for that, among others the combination of affective and financial considerations, as well as the concurrence previously raised. This concurrence is however not only about results in shows but also about the fact that purebred dogs for sale are produced by a wide diversity of people, from individuals mating their female once in a life time, to professional breeders, living from the sale of their puppies and considering (or not) selection as part of their activities.

There are positive sides to have a diversity of opinions around breeding, and especially breeding goals, as it offers opportunities to maintain a diversity of families and lines within a given breed. On the other side, opinion divergence may have some consequences when dealing with breeding strategies and plans to be held for health improvement, as in general, the success of a breeding plan is highly related to the involvement of all breeders.

Advanced treatments of dogs
The best companion of man is also probably the species benefiting from the better medical monitoring after man himself, which may have side effects when considering breed health. As direct consequence of better healthcare, dog longevity has been improved. However in the same time, incidence of disorders specific to old dogs has dramatically increased. Also, the same empathy that makes us sensible to the current suffering of purebred dogs, led breeders to provide treatments to diseased or weak pups, allowing them to survive and reproduce, and by consequence transmitting the alleles responsible of their initial state. Note that treatment is understandable from an ethical point of view, yet the reflex should be taken by breeders to not bred dogs having experienced potentially inheritable health issues.Not completely independently, the advantages brought by veterinary procedures, from the sanitary, logistic and comfort aspects, has led to a systematization of some medical and surgical treatments in breeds prone to specific problems. A classic example is the generalization of caesarian in small molossoid breeds. From the selective point of view, this has been counterproductive, postponing the health problem and allowing a degradation of the situation, as in the same time, incidence of deleterious condition could be indirectly increased when correlated to “desirable” conformation (Asher et al. 2009).

Outdated consideration on dog breeding…
Old habits die hard, and it is true for breeding practice. In current days, no serious breeders give credit anymore to some tales, like the idea that the sire used for a first litter could impact the morphology of puppies produced later by the female. Yet many dog lovers still rely on principles that are part or even complete misconceptions. One fact to consider purebreeding as a paradigm, more than in any domestic species,. The use of crossbreeding, even planned and concerted, is still considered as an heresy by some dog stakeholders, and remains a underused tool, especially in comparison to other companion animal species, such as cats and horses. Inbreeding as a mating practice is a extremely controversial topic for dog breeders. One thing I remember clearly during some interviews in the first months of my thesis is to have heard breeders considering either that “inbreeding was incest” or that “it’s not possible to perform any selection without inbreeding”. We could get back later to the pros and cons behind the use of inbreeding (this will be the topic of a future post). However there are many reasons to believe that this practice is basically detrimental to dog welfare.

Lack of information and formation
Last but not least, one of the main reasons of the current situation is probably related to a lack of information and education around dog breeding. Development of the internet has probably increased the accessibility of knowledge to dog lovers, yet it is not always easy to distinguish pertinent information from complete nonsense. For instance, there are currently dozens of genetic tests available on which only a few are of interest for a given breed in a given country. There is therefore strong progress to be made in the field of information and communication around dog health. We could probably continue and find other reasons why dog welfare is currently such an important issue, but those ones are probably the best known, and the responsibilities are shared, as it will be discussed on the next post.