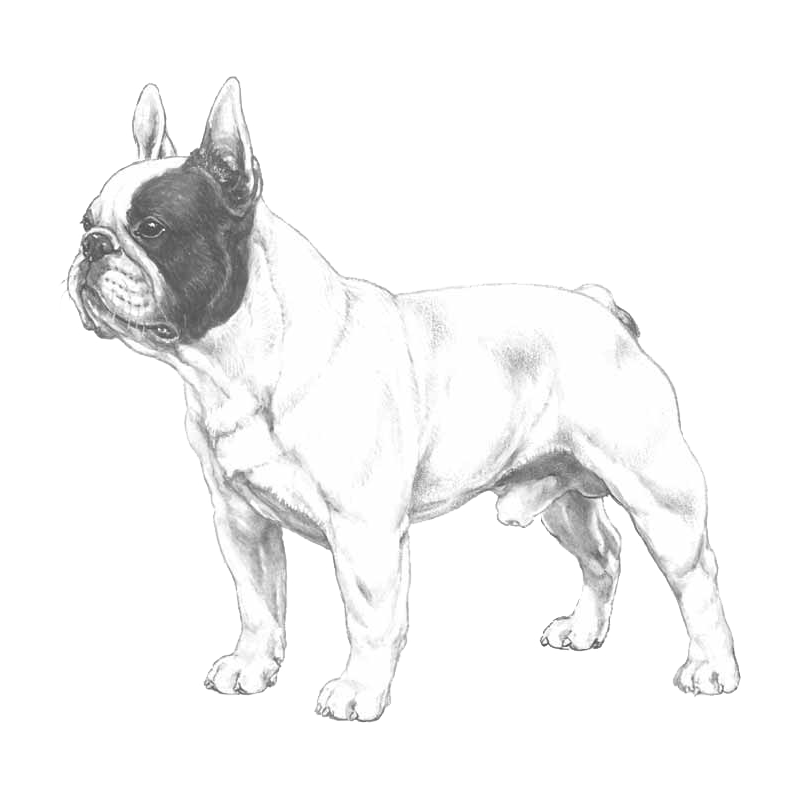 The French Bulldog is a small breed of domestic dog. "Frenchies" were the result in the 1800s of a cross between bulldog ancestors imported from England and local ratters in Paris (France).

This breed has information on Veterinary Care and Life Insurance.
Click here to view downloads

UK: Making the Most of Public Data: French Bulldogs in 2018
Authors: Cassandra Smith 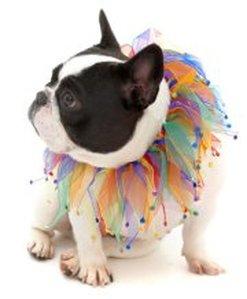 Excerpt: "French Bulldog (Bouledogue francais) - brachycephalic and small molossoïd breed
The special conformation of this breed with shortened skull and overly short bridge of nose as well as underdeveloped tail, cause health problems if exaggerated further.
Areas of risk are:

Proportions and construction: Overly short proportions in neck and back as well as insufficient angulation in fore and hindquarters can       cause powerless dragging movement.

Look for sound breathing, correct bridge of nose, eyes, skin, tail and movement. Breed standard reads; "Length of muzzle about 1/6 of the total length of the head".
Gait should be free and active. The breed standard calls for an "active" dog which is "powerful for its small size, short, compact in all its proportions", but the French Bulldog must not be excessively short in neck and back."

9. UK: The Kennel Club: Breed Population Analyses: Recognising the importance of managing the rate of inbreeding, the Kennel Club's Population analysis reports allow breeders to review the unique situation for each breed.

10. Club du Bouledogue Français -- CBF ACTION FOR THE HEALTH AND WELL-BEING OF THE FRENCH BULLDOG -- CURRENT SITUATION AND PROSPECTS

The Kennel Club list of DNA tests available for each breed along with an indication as to whether the test is part of the Assured Breeder Scheme (recommended or required) and whether it is recorded on the Kennel Club registration database. http://www.dogwellnet.com/content/health-and-breeding/screening-tests/dna/dna-tests-for-use-in-breeding-decisions/the-kennel-club-breed-specific-dna-tests-upd-r234

Articles on DogWellNet that address the specific breed's health, welfare, issues, and conditions:

"We are the nerds" Dr. Anne Posthoff, the president of the German International Club for French Bulldogs, explains why the rules for breeding French Bulldogs in Germany are among the strictest in the world.

Other Breed-Specific Webpages:
The health information available includes reports, research studies as well as information on judging the French Bulldog

Some things with dogs are just fun!

From the Finnish French Bulldog Association's annual meeting was held in Seinäjoki 03.17.2019 page a delightful video.

https://youtu.be/dj9SaFY6XmE (please note: you will need to go to YouTube to view this video - [French])

For further explanation of this research see the - Flyer

5. Demography and disorders of the French Bulldog population under primary veterinary care in the UK in 2013

Ownership of French Bulldogs in the UK is rising steeply. This means that the disorder profiles reported in this study reflect a current young UK population and are likely to shift as this cohort ages. Otitis externa, diarrhoea and conjunctivitis were the most common disorders in French Bulldogs. Identification of health priorities based on VetCompass™ data can support evidence–based reforms to improve health and welfare within the breed.

7. Breeding French bulldogs so that they breathe well—A long way to go