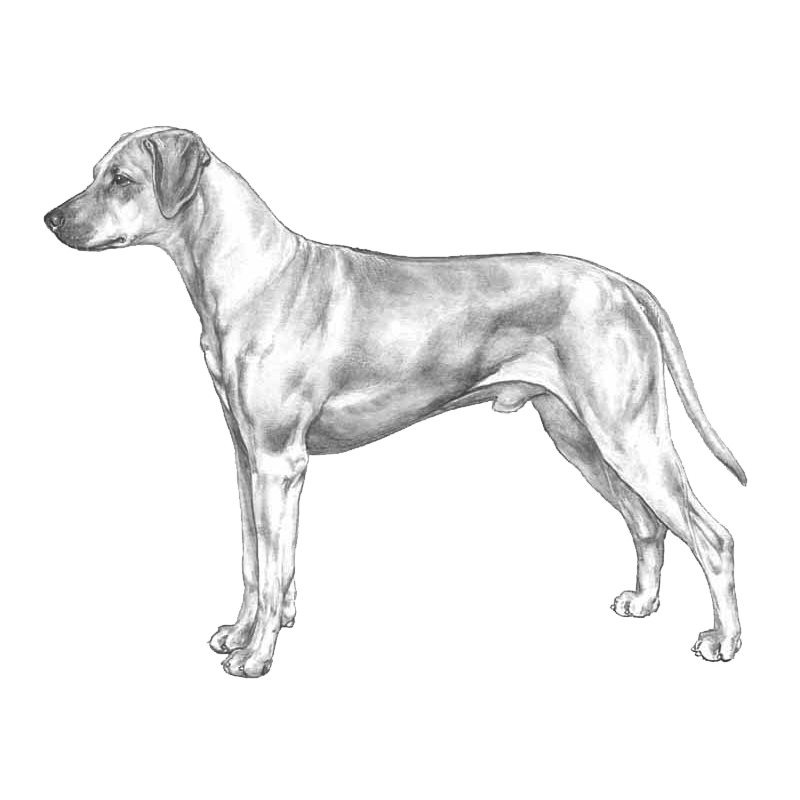 The Rhodesian Ridgeback is a dog breed developed in Southern Africa. Its European forebears can be traced to the early pioneers of the Cape Colony of southern Africa, who crossed their dogs with the semi-domesticated, ridged hunting dogs of the Khoikhoi.

See: The German Kennel Club (VDH) for information and video (if available).
(Hint: your browser should be able to Translate to English, at least for text (e.g., right click in Google Chrome or Internet Explorer).)

Other Names for Breed:  Country of Origin and Parent Breed Club:  Health and Well-Being:

The Kennel Club list of DNA tests available for each breed along with an indication as to whether the test is part of the Assured Breeder Scheme (recommended or required) and whether it is recorded on the Kennel Club registration database.http://dogwellnet.com/content/health-and-breeding/screening-tests/dna/dna-tests-for-use-in-breeding-decisions/the-kennel-club-breed-specific-dna-tests-updated-march-2015-r234/

See the Topics and Speakers

We hope that even those who were not able to attend the congress, can benefit by reading the congress program and presentations. 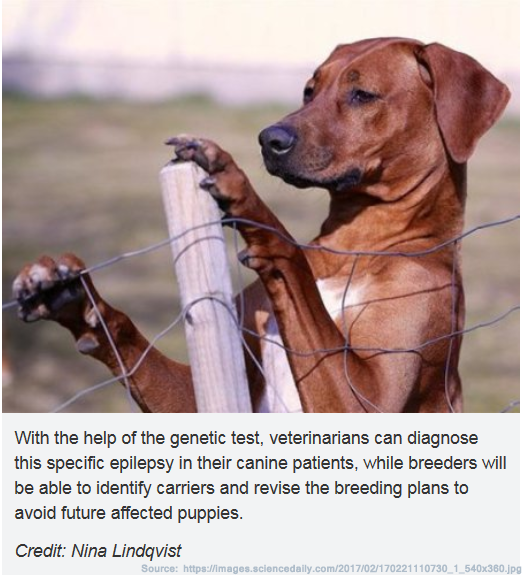 "Comprehensive clinical, neurological, and genetic examinations characterized a generalized myoclonic epilepsy syndrome with photosensitivity in young Rhodesian Ridgeback dogs. The average age of onset of seizures was 6 mo. Genetic analyses revealed a defective DIRAS family GTPase 1 (DIRAS1) gene and protein. DIRAS1 is widely expressed in the brain and has been suggested to regulate acetylcholine release and play a role in neurodevelopment. This study reveals a candidate gene for human myoclonic epilepsies, and a translational model to further elucidate the role of DIRAS1 in neurotransmission and neurodevelopment, and its modulation as a therapeutic option in common epilepsy."

US: The Rhodesian Ridgeback Club of the United States: http://www.rrcus.org/