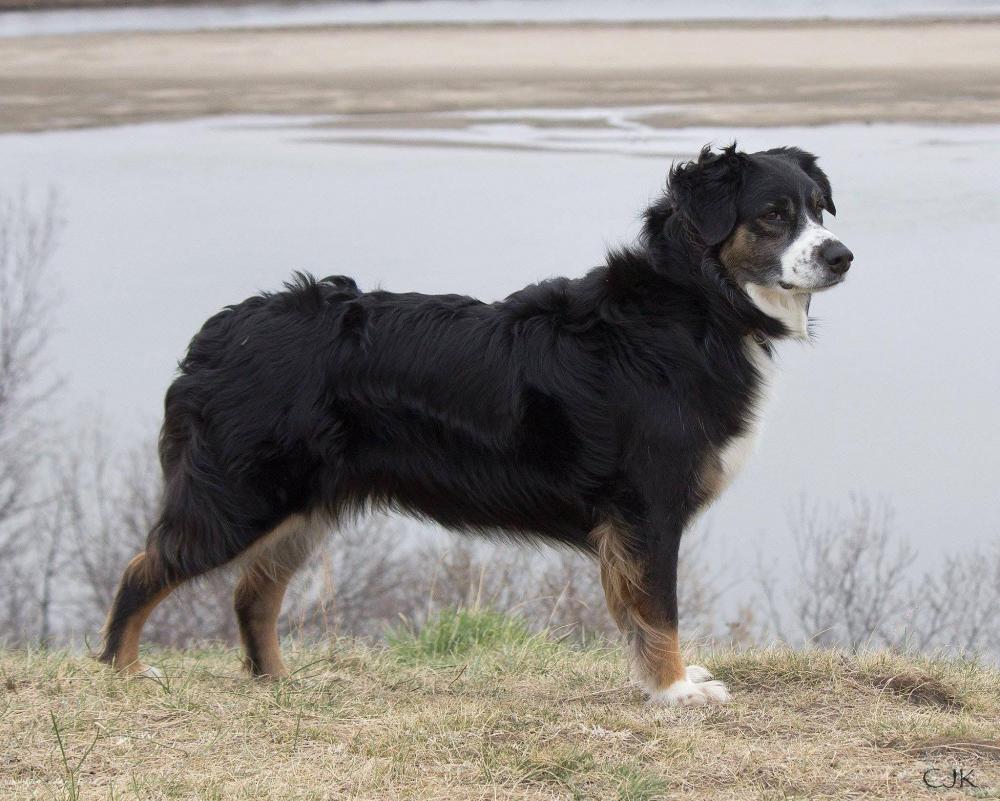 From the Press release...

" New research from Purdue University’s College of Veterinary Medicine shows that some breeds of dogs have hidden coat colors – and in some cases, other traits – that have been lurking all along. Example: There are around 18 recognized breeds of dogs that have the genetic potential to be born without a tail – such as the popular Australian Shepherd (shown in photo). But the data shows that up to 48 of the breeds analyzed possess the tailless gene variant, usually at a very low frequency."

From the Press release...

"As our study demonstrates, purebred dogs have so much more than meets the eye - literally. The information provided by a WISDOM PANEL dog DNA test can help us better understand the hidden elements of dog genetics," said Dr. Angela Hughes DVM PhD, veterinarian and canine genetics expert at Wisdom Health. "While our study focused primarily on purebred populations, these hidden traits can also have ramifications for mixed breed dogs. When unexpected or hidden traits are passed to mixed breed dogs from their purebred ancestors, it further complicates the already difficult task of visual breed identification making DNA tests the only reliable method of determining breed ancestry." 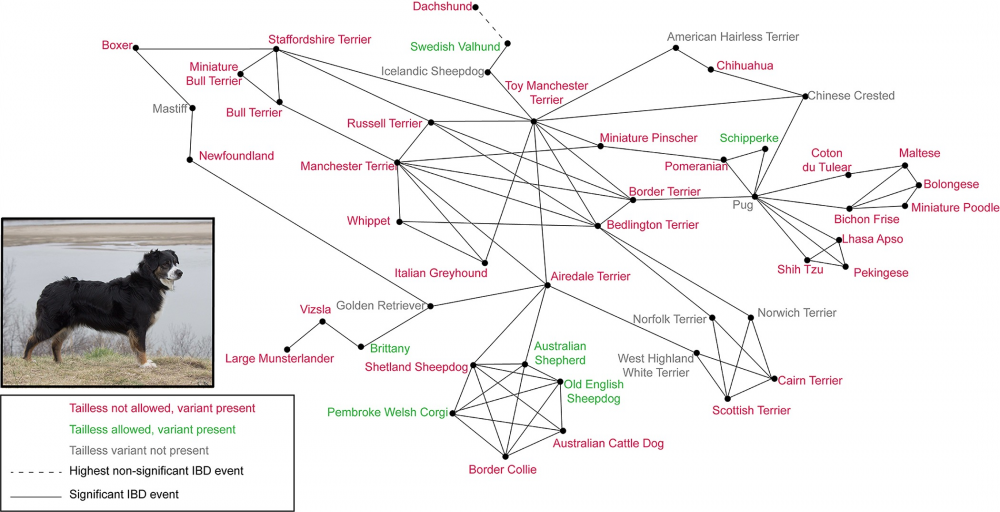 "Breeds genotyped to have alleles that would produce phenotypes considered as a “fault” by either the American Kennel Club (AKC), Fédération Cynologique Internationale (FCI), United Kennel Club (UKC), or The Kennel Club of the UK (KC). The level of tolerance within each breed registry is designated as either not allowed (N), not preferred (n.p.), allowed (Y), or ambiguously worded (amb.). A breed not recognized by a given organization is indicated with a dash (-). Inheritance of the fault-causing allele is designated as dominant (D), recessive (R), or compound heterozygote (CH). Breed name abbreviations are as listed in S1 Table. Probabilities for producing the non-standard phenotype were calculated assuming random mating within the breed, and account for multi-gene inheritance, expression, and epistatic effects."

" Much recent emphasis has been placed on the importance of genetic diversity within breeds [69–76]. With the conservation of diversity in mind, breeders and breed organizations must weigh the relative value of breed standard conformity with preservation of genetic diversity. The existence of unfavorable, though arguably benign pigmentation or morphological variations, has here been quantified and can be addressed by applied genetic screening to reduce the carrier frequency of breeding stock, or by reassessing breed standards to broaden the acceptance of preexisting variation. Likewise, though our analyses have indicated that production of disallowed phenotypes is generally quite low, the occurrence of an undesirable pigmentation trait should not necessarily exclude a dog from purebred status if that variant has been detected in the appropriate population. As a recent example, effective 1 January 2019, the Great Dane Club of America revised their breed standard to allow merle coloring on a black base. Canine genetic research has clarified that the presence of the merle allele is required for the Harlequin phenotype [14]; since this relationship was previously unclear, the breed had not allowed merle (without the Harlequin modifier) until this change. These revisions demonstrate the purebred dog community recognizing and willingly implementing the findings from canine genetic research. The present work will guide similar decision-making by breed clubs regarding definition of acceptable breed colors. "